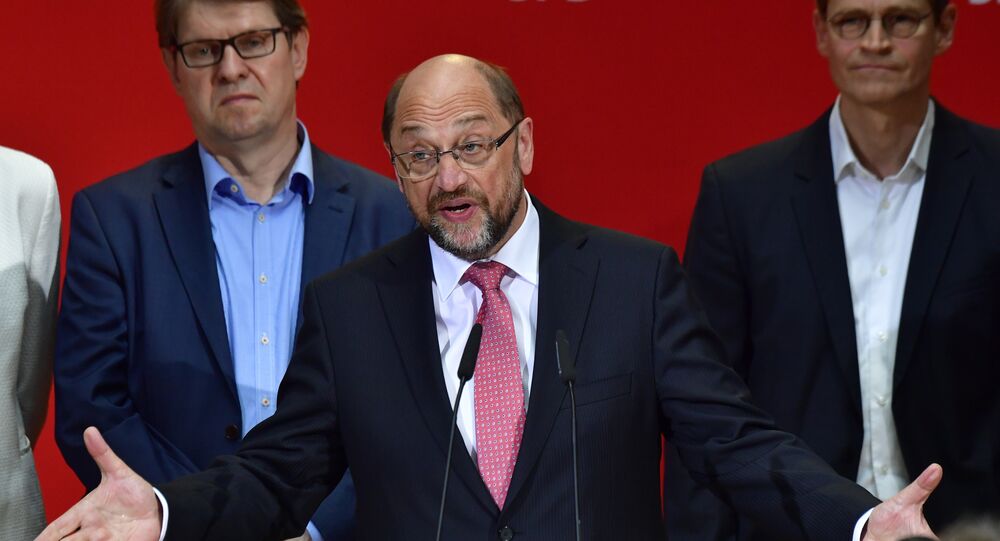 © REUTERS / Kai Pfaffenbach
Forecast Shows Merkel's CDU Wins Election in Germany's North Rhine-Westphalia
According to the Emnid survey, only 25 percent of the respondents support SPD, which is a decrease in comparison to the result of the poll published on May 20. Other parties such as The Left, Alliance 90/The Greens, Free Democratic Party (FDP) and the eurosceptic Alternative for Germany (AfD) would receive 8 percent each.

The elections to Germany's Bundestag are set for September 24.