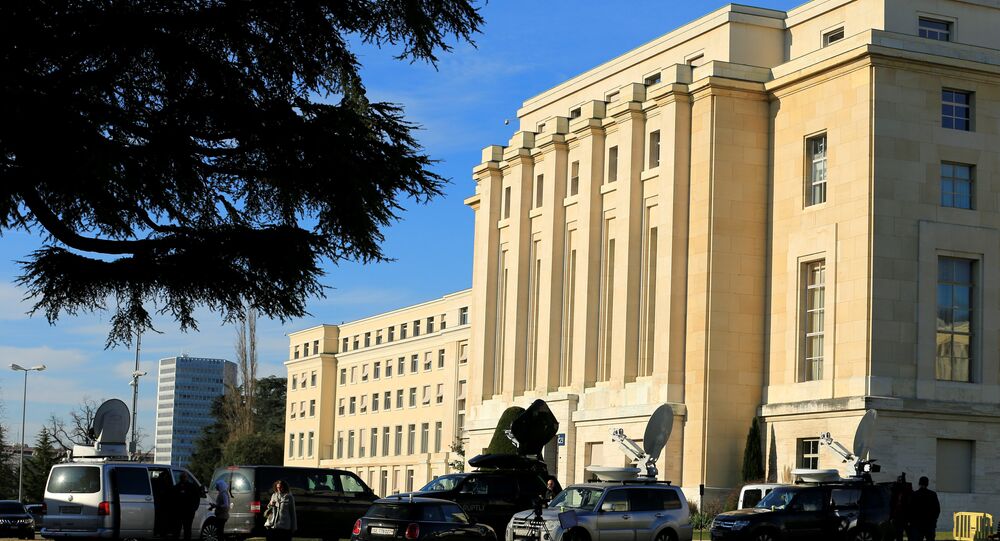 The Moscow platform of the Syrian opposition will be represented at the new round of intra-Syrian talks in Geneva by the same delegation that was present in the previous round, Mohannad Dlykan, the platform’s representative and head of the delegation, told Sputnik.

MOSCOW (Sputnik) — The new round of UN-mediated negotiations in Geneva will be held on May 16 and has a target end date of May 19, Special Envoy for Syria Staffan de Mistura announced earlier on Thursday.

© Sputnik / Natalia Seliverstova
Read Carefully: Russian Foreign Ministry Publishes Syria De-Escalation Zones Memo in English
The latest round of the intra-Syrian talks in Geneva under the auspices of the United Nations took place on March 23-31.