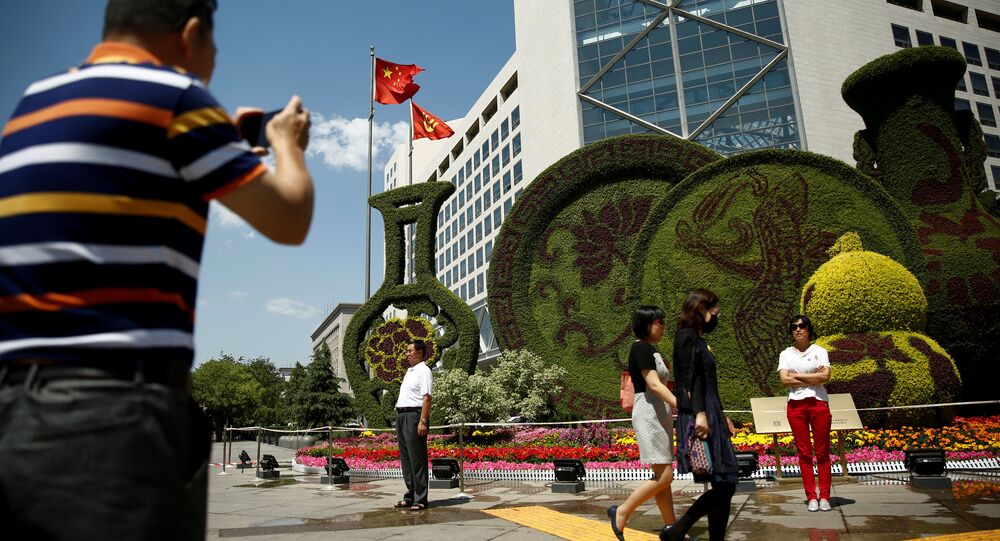 Russia to Propose Development of Integration at 'One Belt, One Road' Forum

Russian Ambassador to China Andrei Denisov said that Russian President Vladimir Putin will play an active role in the work of the high-level international forum within the framework of the so-called One Belt, One Road initiative in China.

BEIJING (Sputnik) – Russia will present its initiatives on the development of cooperation on wide-scale integration during the upcoming "One Belt, One Road" forum in China, Russian Ambassador to China Andrei Denisov said on Thursday.

© REUTERS / USFK/Yonhap
Russia, China See Diplomacy as Only Solution of North Korean Crisis – Ambassador
On May 14-15, Beijing will host a high-level international forum within the framework of the so-called One Belt, One Road initiative. The presidents and prime ministers of 28 states, including Russian President Vladimir Putin, have confirmed their participation in the event.

"We submitted an application to take part in all events of the forum – both with participation of heads of states and heads of governments. At each panel discussion, we would like to perform at the ministerial level, to present enlarged thoughts about the prospects of the integration cooperation," Denisov said.

Putin will play an active role in the work of the forum, the Russian ambassador in Beijing added.

China's "One Belt, One Road" initiative was launched in 2013 and is aimed at developing infrastructure and strengthening ties between Eurasian countries, focusing on the land-based Silk Road Economic Belt (SREB) and the 21st-century Maritime Silk Road.

Popularity of Russian Pilots on the Rise in China (PHOTOS)