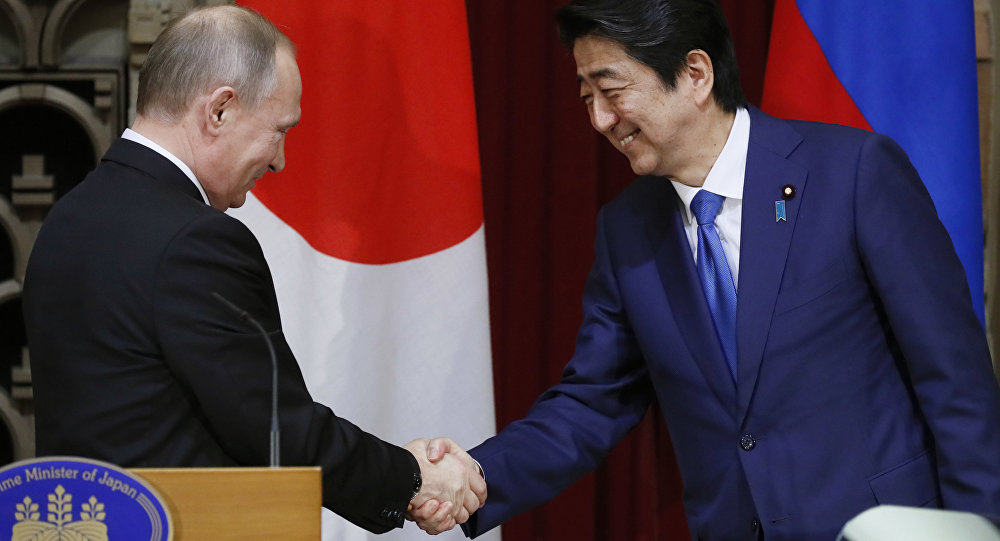 Moscow and Tokyo do not have to postpone developing their ties because of the absence of a peace treaty, the Kremlin spokesman said.

MOSCOW (Sputnik) — The Kremlin expects that the political will of Moscow and Tokyo will allow Russia and Japan to sign a peace treaty in the future, while the countries understand that there is no need to wait, and continue to develop cooperation, Russian presidential spokesman Dmitry Peskov said Thursday.

"Both Moscow and Tokyo have recently been declaring their firm political will to find ways to achieve the signing, and we expect that this political will sooner or later will allow us to sign this important document," he said.

Peskov added that both Russia and Japan realize that there is no need to wait for the signing of a peace treaty, so the countries "conduct work to develop and improve bilateral relations."

Putin Notes Progress in Russia-Japan Ties at Meeting With Abe