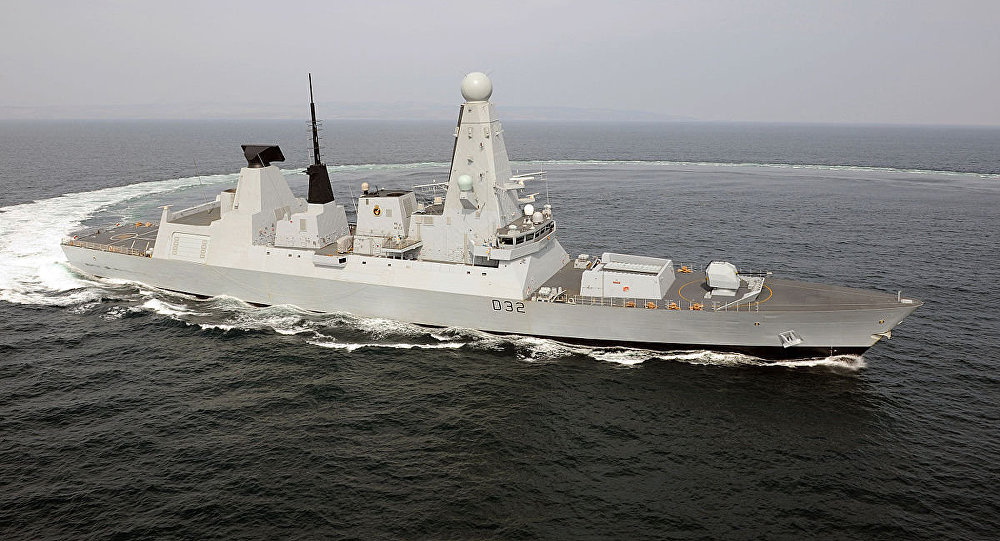 The UK's tabloid press was unable to contain its excitement in covering the news that a Royal Navy destroyer had entered the Black Sea for exercises with the Romanian Navy. London, the papers said, was sending a special message to Moscow and to Vladimir Putin. Military expert Ivan Konovalov told Radio Sputnik how Moscow interprets this message.

Over the weekend, it was reported that the the British Royal Navy destroyer HMS Daring had crossed the Bosporus into the Black Sea on its way to conduct joint training exercises with Romania's King Ferdinand frigate, and to pay a visit to Romania's Black Sea port of Constanta.

The UK's tabloid press, always on the lookout for a political cheap shot at Russia's expense, gleefully used the occasion to stick it to Moscow.

The Daily Mail, for example, headlined its piece on the destroyer's deployment as follows: "So how do you like it, Vlad? Royal Navy sends message to Putin by sailing HMS Daring into Russia's own back yard." 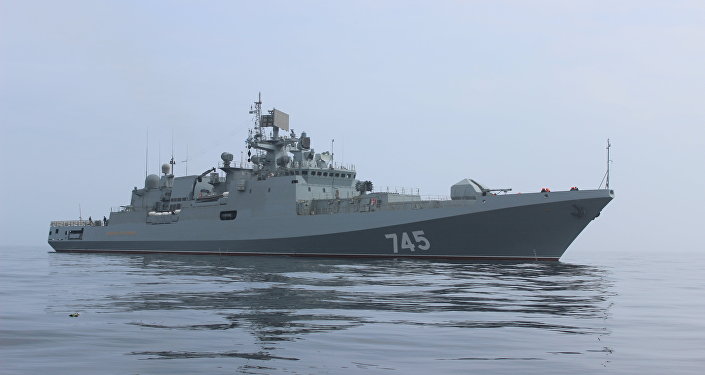 © Photo : Yantar Baltic Shipbuilding plant press service
Russian, Turkish Navies Hold Joint Drills in Black Sea
The outlet stressed that the HMS Daring's foray into the Black Sea "could be seen as a message to aggressive Russian President Putin," adding that "the move comes just a few months after Russia sailed their own navy within sight of the White Cliffs of Dover on its way to Syria."

What the Daily Mail didn't mention was that the Russian naval groups passing through the English Channel remain in international waters at all times, and that no incidents have ever taken place during their passage, which is in fully compliance of international law.

"'Royal Navy sends message to Putin' Yeah, the message is that we are completely outgunned and outnumbered and the best we have is a dinky ship like this which is about as intimidating as my 5 year old's bath toys. We also made it clear how brave we are to venture into…international waters."

The Sun, for its part, took a slightly different approach, cleverly prefacing its headline "Putin on a Show," with the rest reading "Brits give Vladimir Putin a taste of his own medicine over English Channel saber-rattling." 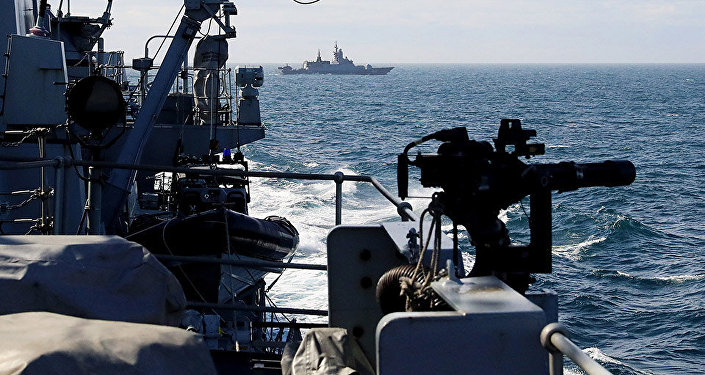 © Photo : gov.uk
Russian Warships' Jaunt Through English Channel Sends UK Tabloids Into a Frenzy
Calling the Russian Navy a "rustbucket," and Russian ships' passage through the English Channel a "provocation," The Sun proudly reported that the HMS Daring's deployment to Russia's doorstep "looks like payback."

But The Sun's readers were similarly unamused. One user named Chris commented that he "wouldn't think that Putin would really give a stuff, considering that [the HMS Daring] is one of the boats that keeps overheating and has had one of its' missile systems scrapped. Still it will be handy that they are near Russia if it needs a tow. The only reason this isn't a 'rust bucket' is because it's made of lovely highly flammable aluminum."

British tabloids seem to have a sensible take on their navy's Black Sea deployment. pic.twitter.com/kGUU3gmJAq

The Daily Star's journalists decided to go just a bit further, titling their story "Royal Navy warship sent to Putin's doorstep in revenge for English Channel invasion," with the lead adding "BRITAIN has hit back at Vladimir Putin for invading the English Channel with Russian warships."

Stressing that the "marauding" Royal Navy warship's presence will be sure to "infuriate the Kremlin," The Daily Star insisted that the HMS Daring has been deployed "just off the coast of the annexed Russian peninsula of Crimea."

The paper's readers weren't so certain. "Funny, whether Russia is close to Britain or Britain [is] close to Russia, it's always their aggression," one user wrote. A second warned that "a British warship on Russia's back door tells me who the aggressor really is. My father advised me never to start something you can't finish. Sound advice."

Asked to comment on the British tabloid media's reporting of the HMS Daring's escapades, respected Russian defense commentator Ivan Konovalov told Radio Sputnik thinking of the ship's deployment to the Black Sea as a 'message' to Moscow and to Vladimir Putin personally is just a bit naïve. "What does it show? Royal Navy ships are constantly present in the Black Sea. It's just that under the Montreux Convention, they are only allowed to be there for a certain amount of time, and then have to leave." Rotations take place regularly, the observer noted.

"Therefore, presenting the British destroyer's approach to our shores as something out of the ordinary – as some kind of challenge to Russia and to President Putin – is just some clownery by the British tabloid press," the expert said. 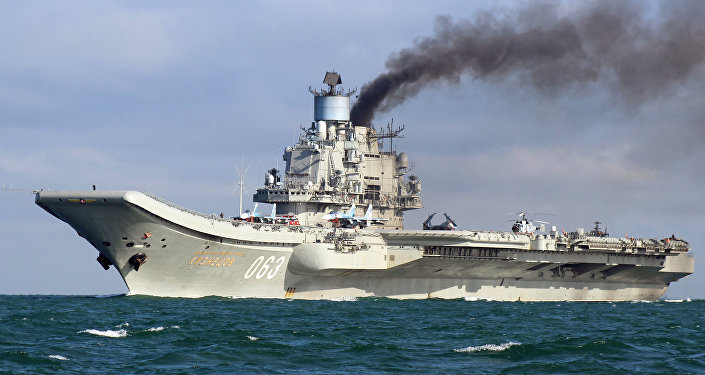 © Sputnik / Website Dover-Marina.com
Russia to Modernize Syria-Tested Admiral Kuznetsov, Forego Building New Aircraft Carrier
The HMS Daring is the lead ship of the Type 45 air-defense destroyers built for the Royal Navy in the mid-2000s. The ship was commissioned in July 2009, and features powerful radar, sonar, and electronic warfare systems, as well as a complement of Sea Viper, Aster 15 and Aster 30 anti-air missiles. Its complement of anti-ship missiles includes two quad Harpoon missile launchers, and the ship is fitted with a series of multi-purpose machineguns and close-in weapons. The vessel is capable of carrying a Lynx Wildcat or Westland Merlin naval helicopter. 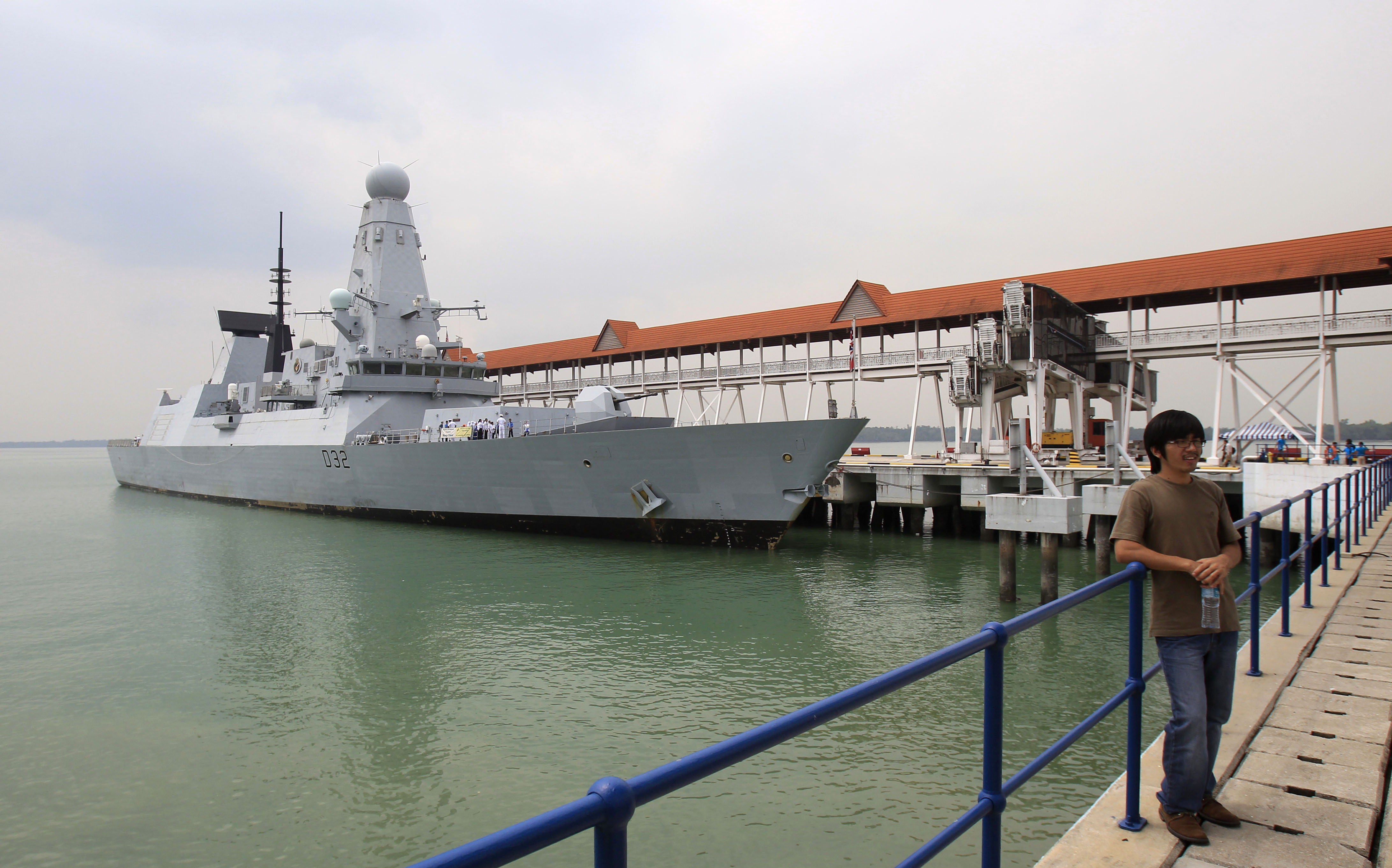 A Russian military-diplomatic source told RIA Novosti that Russia's coastal defense radar systems and the aviation of the Russian Black Sea Fleet will keep an eye on the HMS Daring for the duration of its presence in the Black Sea.

Russian Ekranoplans to Fly in Iran