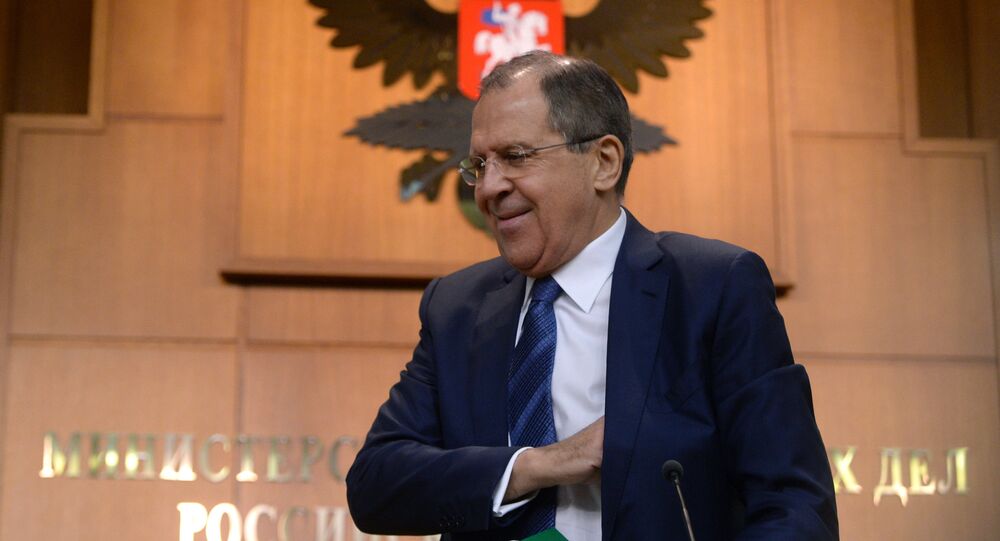 © Sputnik / Grigoriy Sisoev
'Who Brought You Up?' Five Times Russian FM Showed Who’s The Boss
Moscow is surprised by the fact that a defected Syrian general has kept silent for three years about the stockpiles of chemical weapons in Syria, which Damascus allegedly hid from the Organisation for the Prohibition of Chemical Weapons, Sergei Lavrov said Saturday.

According to Lavrov, it seems that the general defected in 2013, the year when Russia and the US reached a deal on Syria's chemical disarmament. He added that the Syrian government provided the Organisation for the Prohibition of Chemical Weapons (OPCW) with data on the quantity of the chemical weapons it possessed back in 2014; then the OPCW confirmed the information.

Lavrov added it is difficult to put 700 tonnes "in a vial" in a reference to US Secretary of State Colin Powell's demonstration of a vial which allegedly proved the existence of weapons of mass destruction in Iraq, which turned out to be a lie, and which led to the invasion of Iraq.

"Any sober minded person understands that this general was motivated by either a carrot or a whip," Lavrov concluded.

© AP Photo / Alfonso Perez
Moscow Reminds US All Chemical Weapons Were Taken Out of Syria in Mid-2014 With its Help
Syrian opposition claimed on April 4 forces loyal to President Bashar Assad had used a chemical gas on people in the northwestern province, killing nearly 80 and injuring 200. Assad argued his government has no chemical weapons after agreeing to have them destroyed in 2013. He also ruled out having used chemicals against own people.

Moscow demanded a thorough investigation into the incident, stressing that the international community should not accuse Syrian government before the investigation has been carried out.