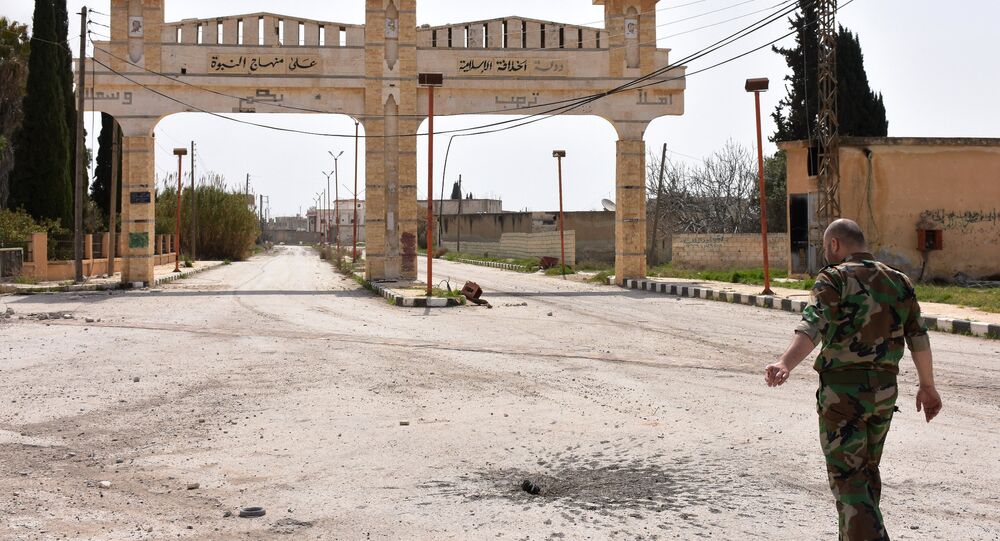 The United Nations is asking members of the International Syria Support Group, including Russia, Iran, Turkey and the United States for a green light to reach one million civilians in Syria’s besieged areas and 72-hour ceasefires, adviser to the UN special envoy for Syria on humanitarian issues said on Thursday.

MOSCOW (Sputnik) – The nationwide Syrian ceasefire regime that came into force on December 30, and has been holding up in general, despite continued reports of violations. The UN Security Council passed a resolution in December supporting the effort.

"We asked today for a number of things from the members of the International Syria Support Group, including the Astana guarantors – Russia, Iran, Turkey and the US … number one, we need green light for the full April-May plan of the UN which is to reach more than 1 million of the hardest-to-reach and besieged civilians of Syria … Secondly, we need 72-hour ceasefires in the areas where the battle is now raging," Jan Egeland told during a briefing.

In addition to providing aerial support to the Syrian legitimate government which resulted in the liberation of Aleppo and Palmyra, Russia has repeatedly provided humanitarian aid to Syrians in besieged regions, sent deminers to freed areas and sent mobile hospitals to the war-torn country. Moreover, Russia, Turkey and Iran have organized and participated in the talks between the Syrian armed opposition and Damascus in Astana during which a trilateral mechanism to motinor the Syrian truce has been established.

Egeland also welcomed the renewed US interest in focusing on the "carnage" in Syria.

"What I do welcome is a renewed interest from the United States to focus on the carnage in Syria. We need our co-chairs, which are Russia and the United States still, to be equally seized with the situation that is Syrian civilians," he told a briefing.