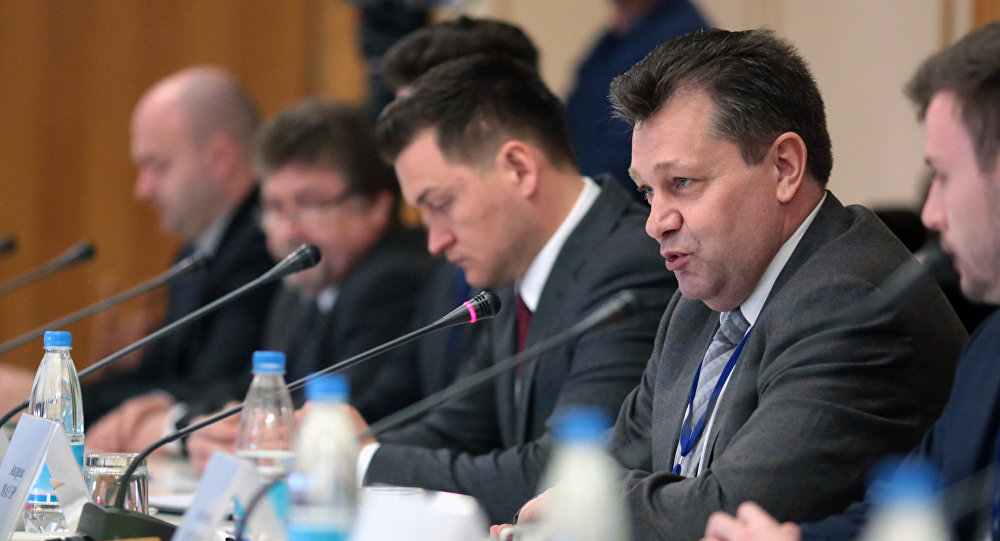 The German delegation of lawmakers and businessmen on Wednesday held a meeting with the leadership of the Crimean parliament, the State Council, including with speaker Vladimir Konstantinov, in the peninsula's largest city of Simferopol. 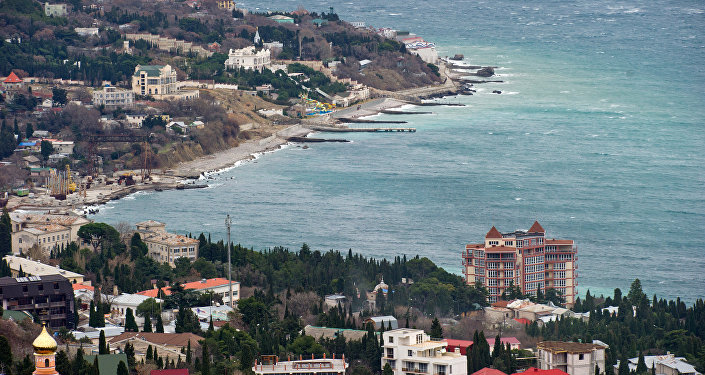 © Sputnik / Sergey Malgavko
German Lawmakers Not Afraid of Kiev's Sanctions for Crimea Visit - Cultural Autonomy Head
SIMFEROPOL (Sputnik) — The German delegation includes, in particular, Andreas Maurer, the chairman of the Left Party (Die Linke) parliamentary faction in the town of Quakenbruck in Lower Saxony, Daniel Rafael Forstmann, the director general of Immobiliengesellschaft and other businessmen and public figures. On the Crimean side, Yury Gempel, the chairman of the Crimean German National and Cultural Autonomy, attended the meeting.

"I feel in Crimea like at home. Over 100 German tourists have visited Crimea due to my support only. These are the positive results of public diplomacy," Maurer said.

On March 25, German lawmakers and businessmen arrived in Crimea for a week-long visit. The delegation has already visited Sevastopol and Chersonese.

Nevertheless, over 60 delegations from dozens of countries, visited Crimea in 2016, defying Western restrictions, including those from France, Italy, Jordan and many other nations. This trend continues in 2017. In particular, in March, at least two big delegations from the European Union visited Crimea as part of the public diplomacy efforts to restore the political and economic cooperation.