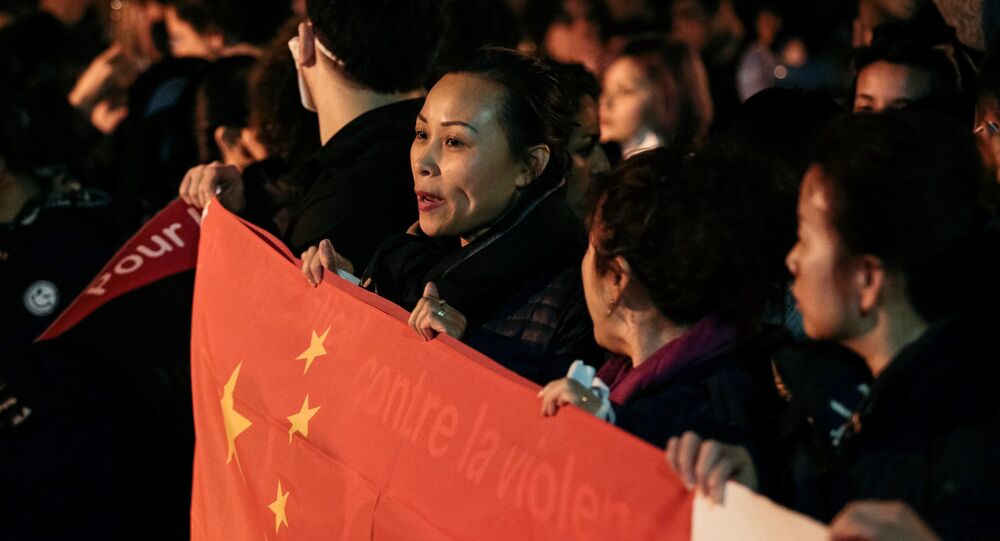 Foreign ministries of western countries have ignored the protests and subsequent detentions prompted by a recent killing of a Chinese national by French policemen, Russian Foreign Ministry spokeswoman Maria Zakharova said on Wednesday.

MOSCOW (Sputnik) — On Sunday, the Chinese citizen was shot dead after a standoff with French police in Paris. The killing has already caused protests against police brutality and mass detentions.

"Following the murder committed by police officers (legal grounds of the attack caused concerns of local residents), about 150 people took to the streets. The fifth part of the protesters has been detained. Apart from the Chinese Foreign Ministry, no… foreign service has expressed concerns over respect for freedoms and democracy. Any statements from foreign offices or state departments… has not appeared," Zakharova wrote on her Facebook page, noting the relative absence of Western officials' condemnation to the Paris event and subsequent protest detentions, in contrast to how they reacted to the unauthorized rally that took place in Moscow on Sunday.

On Sunday, Russian opposition figure Alexey Navalny organized an anti-corruption rally without the permission of Moscow authorities in the Russian capital, which was attended by approximately 8,000 people, with over 600 people, including Navalny himself, being detained by police.

© Sputnik / Ramil Sitdikov
Participants in an unauthorized rally on Moscow's Pushkin Square.
© Sputnik / Ramil Sitdikov
UK Foreign Office Urge Russia to Release People Detained at Unauthorized Rallies
Similar rallies also took place in St. Petersburg, Voronezh, Vladivostok, Khabarovsk, as well as several other cities across Russia. On Monday, the press service of the Russian Interior Ministry told Sputnik that the majority of the detained participants of the rally had already been released.