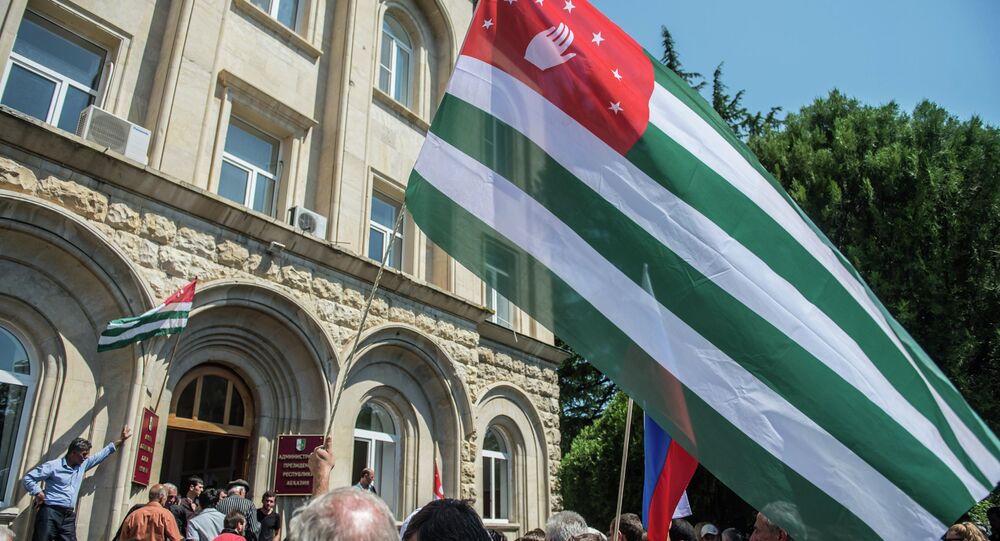 Georgia’s attempts to take a resolution on breakaway South Ossetia and Abkhazia to the UN General Assembly they are barred from attending undermine the established Geneva format of talks, Russia’s acting envoy to the United Nations, Pyotr Ilyichev, said Tuesday.

"The situation in Abkhazia and South Ossetia is not a conflict situation and hardly should the Security Council divert its attention in order to consider this issue," Iliichev said. "The Geneva Discussion on Security and Stability in the Transcaucasia proved to be an effective platform for addressing the differences between Georgia from one side and Abkhazia and South Ossetia from the other."

© Sputnik / Vladimir Popov
Georgia Aims to Derail Geneva Talks With Claims on Abkhazia, S Ossetia - Moscow
Earlier on Tuesday, Ukraine raised the issue during closed UN Security Council consultations of the upcoming elections and referendum in South Ossetia at the request of Georgia.

Abkhazia and South Ossetia declared independence in the early 1990s. In August 2008, Georgia launched a military offensive against South Ossetia, where many held Russian passports, prompting Russia to interfere.

A five-year war with Russia led to a pullout of Georgian troops from the breakaway region and recognition of independence of South Ossetia and Abkhazia by Moscow. The United States does not recognize their claim and has prevented republics’ officials from coming to UN assemblies in New York.