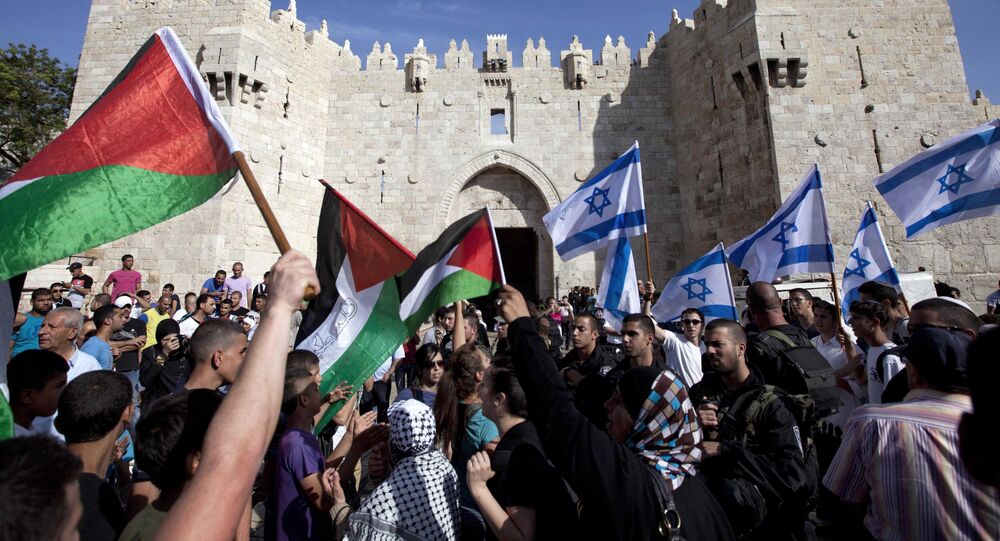 The German chancellor said she saw no alternative to a "two-state solution" of the Isarel-Palestine standoff.

MOSCOW (Sputnik) — There is no way out of the Israeli-Palestinian crisis other than coexistence of two independent national states, German Chancellor Angela Merkel said Friday, ahead of a meeting with the Palestinian leader in Berlin.

"I see, as before, no reasonable alternative for the goal of a two-state solution," Merkel told reporters before meeting Mahmoud Abbas, as quoted by Germany’s public broadcaster ARD.

Merkel stressed that Israel’s continued settlement construction in the West Bank eroded the peace process and warned this approach was going to fail.

© AP Photo / Majdi Mohammed
Opponents of Israel-Palestine Two-State Solution 'Offer No Viable Alternative'
Abbas said earlier the goal of his visit was to have Germany recognize Palestinian statehood in the territories within pre-1967 war borders and with a capital in East Jerusalem.

Both Israel and independent Palestine claim Jerusalem as their capital. US President Donald Trump stirred controversy when he suggested moving the US embassy from Tel Aviv to Jerusalem. Trump said in February a one-state solution was possible if both nations agreed to it.

One State or Two-States, Trump Defers to the Israeli Right