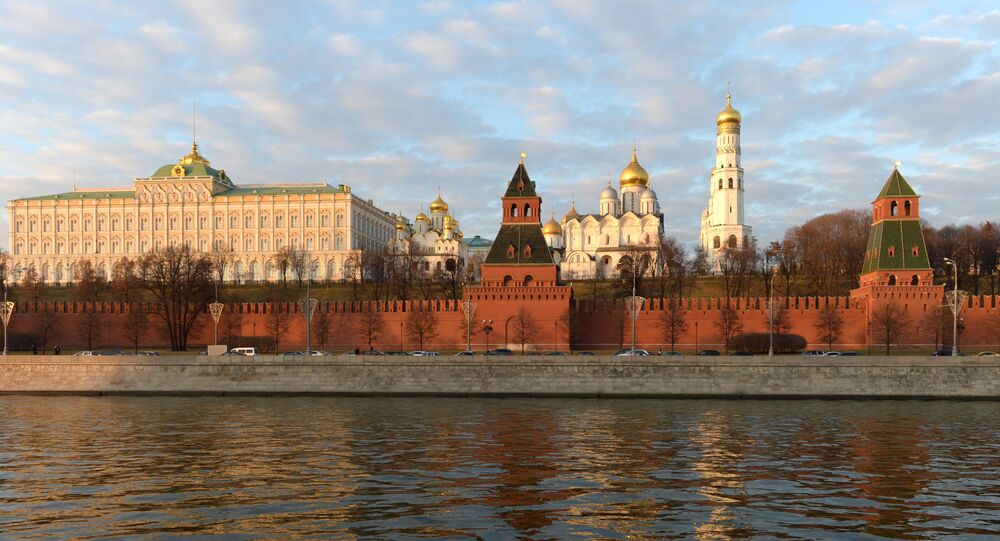 Presidents Putin and Erdogan are set to meet in Moscow on March 10 while the Turkish leader visits Russia to attend the 6th meeting of the High-Level Cooperation Council. Ahead of the visit, Sputnik Turkiye talked to Turkish political analyst Kerim Has, who outlined four issues which are expected to define the agenda of the upcoming talks.

According to the information obtained by Sputnik Turkiye, Recep Tayyip Erdogan  will be accompanied by 8 ministers, a number of Turkish parliamentarians and political leaders.

The delegation will also include Ahmet Berat Çonkar, co-chairman of the Turkish-Russia Public Forum and Recai Berber, head of the Turkey-Russia interparliamentary friendship group at Turkeys Grand National Assembly.

Ahead of the visit, Sputnik Turkiye talked to Turkish political analyst Kerim Has, who outlined four issues which are expected to define the agenda of the upcoming negotiations.

"The main issue which is expected to top the agenda of Putin-Erdogan talks will be the situation in Syria. I think that the discussion of the Syrian conflict will cover four major threads," he told Sputnik.

First, he suggested, it will be the continuation of the cooperation between Russia and Turkey, similar to that in Aleppo and Idlib.

© REUTERS / Rodi Said
Manbij Buffer: How Moscow Just Saved Turkey, the US and the Kurds From Duking It Out in Syria
Second, he said, it will be the continuation of the diplomatic process in Astana, its expansion and inclusion of new participants. In particular, he said, Russia wants the US, Saudi Arabia and Qatar to join in.

Third, it will be a discussion on possible variants of cooperation between Russia and Turkey in the offensives in the Syrian cities of Manbij and Raqqa, which Turkey is interested in after the completion of the military operation in al-Bab.

"As far as I understand, negotiations over this very issue are still in process and will depend on the policies pursued by US President Trump. At this particular moment the positions of the parties are not set in stone," Has said.

Fourth, Russia's position with regards to the Syrian Kurdish Democratic Union Party (PYD) and other Kurdish forces, their role in the future of Syria and bridging of differences with Turkey's position on the issue.

The political analyst further elaborated on Turkey's possible participation in the offensive in Raqqa, noting that an agreement between the US and Russia will play the key role in the issue.

"Taking into account the current situation on the ground [in Syria], we can say that Turkey is unable to unilaterally make a decision on its participation in a military operation to liberate Raqqa from Daesh. Such a decision can be made only if it convinces Russia and the US of the necessity of its participation," he told Sputnik.

© AFP 2020 / ADEM ALTAN
Turkish Energy Minister Expects 'Good Results' From Moscow Trip
He further noted that Russia has been voicing its eagerness to cooperate with Washington in the fight against terrorism in Syria. Hence the military operation to liberate Raqqa might become grounds for the US and Russia to re-set their cooperation.

However as both Russia and the US are not Middle Eastern regional powers, they are both in demand of servicemen and military personnel who would be able to directly conduct military actions against Daesh on the ground in Syria.

Getting back to the Kurdish issue, Kerim Has noted that Russia's position with regards to the Syrian Kurds is based on the long-term perspective and the situation in the region. He also noted that after al-Bab, Turkey wants to advance towards Manbij, however it will at large depend on Moscow.

"It is known that the Manbij Military Council has handed control of several areas west of the city of Manbij to the Syrian Army, as part of a Moscow-brokered deal to create a buffer zone between the Kurds and the Turkish army," he told Sputnik.

© Sputnik / Sergey Guneev
Putin, Erdogan to Discuss Syria, Cooperation in Anti-Terror Fight - Kremlin
Russia has long wanted representatives of the Syrian Kurds to participate in Geneva and Astana peace talks, he further noted. However it is a clear clash of opinions with Turkey. Thus it will be very interesting to watch whether the two countries will be able to smooth over the differences regarding the PYD.

However, he noted, it will also depend on the new Syrian policy of Donald Trump.

Kerim Has also suggested that tensions in Turkey's relations with the West might force Ankara to build-up closer ties with Russia.

"In the periods of its tense relations with the West, Turkey usually turns its eyes to the East, Eurasia and Russia, Let's call it "foreign policy re-orientation," he said.

Thus, he further suggested, Ankara might attempt to re-orient its foreign policy, giving a priority to the build-up of multifaceted cooperation with Russia. And the ongoing negotiation between Russia and Turkey on the deliveries of Russia's S-400 air defense systems might be part of this process, he therefore concluded.