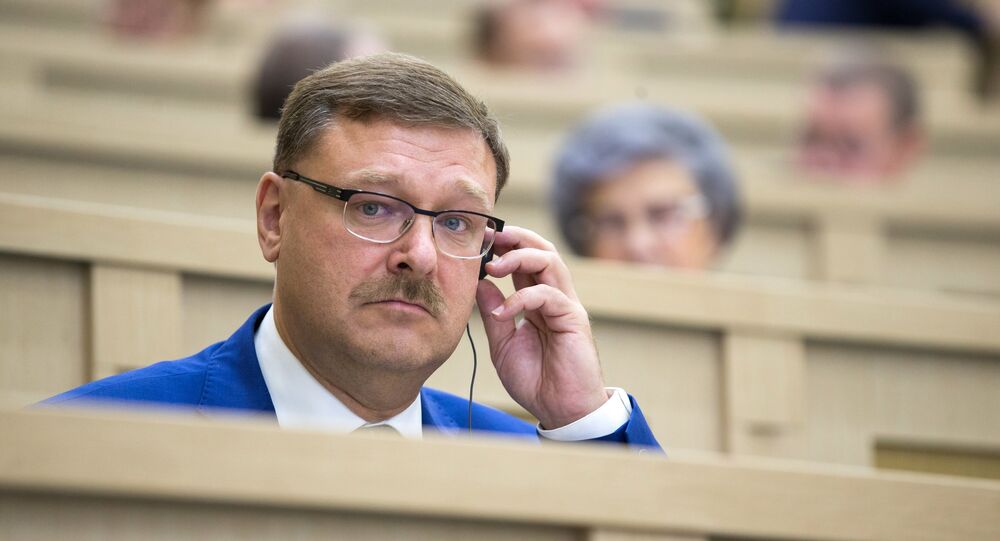 Russian and French lawmakers diverged on the situations in Ukraine and Syria and the possible ways of settling the conflicts, chairman of the Council of the Federation Committee on Foreign Affairs Konstantin Kosachev said on Monday.

© Sputnik / Alexei Druzhinin
Putin, Finland's Niinisto Discuss Crises in Syria, Ukraine
MOSCOW (Sputnik) — However, the existing differences should not interfere with the countries’ cooperation on other the issues, the lawmaker underlined, adding that the French colleagues expressed strict disagreement with imposing sanctions on lawmakers.

"We have seriously disagreed… about the situation in Ukraine, including the issue of the Crimea. And first of all, regarding the situation in the South-East of the country and the implementation of the Minsk agreements," Kosachev told reporters after his meeting with the delegation of the French Senate’s Foreign Affairs Committee.

The assessment of the situation in Syria and the perspectives of the settlement of the conflict led to considerable disagreements as well, Kosachev added.

The lawmakers spoke in favor of development of inter-regional cooperation between Russia and France, and underlined that humanitarian issues would help the countries to overcome the existing disagreements, Kosachev added.

The delegations discussed a Russian report on the development of bilateral ties between the two countries, titled Russia-France: a Parliamentary View of the Future," and signed a memorandum of cooperation. The memorandum calls for a strategic cooperation dialogue at the level of parliamentary committees.