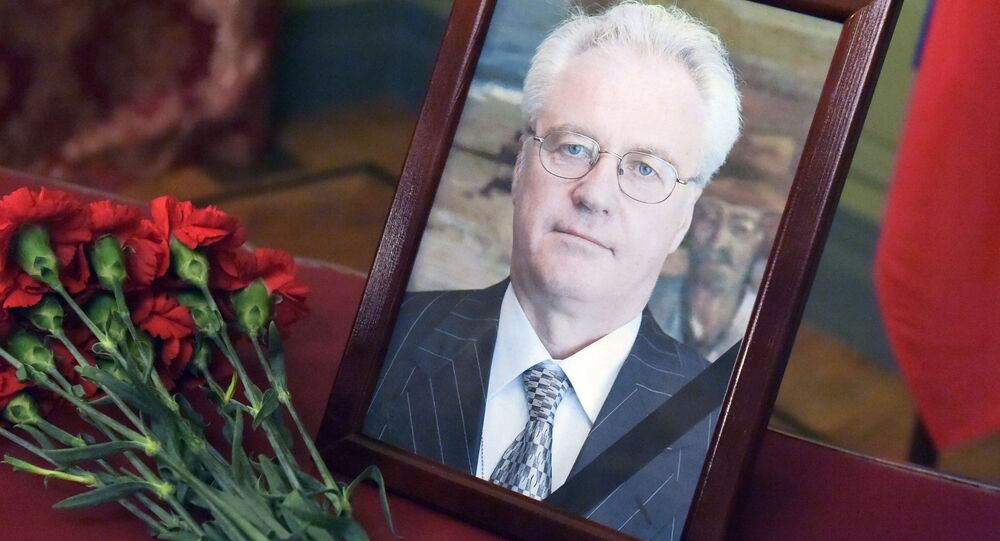 Russian Ambassador to the United Nations Vitaly Churkin, who died earlier in the week, was as an "extraordinary person," Russian Foreign Ministry spokeswoman Maria Zakharova said Friday at a farewell ceremony for the late diplomat in Moscow.

MOSCOW (Sputnik) — Russia's UN ambassador passed away in New York on Monday, a day before his 65th birthday.

Churkin served as Russia's permanent representative to the United Nations and the Russian representative in the UN Security Council from April 2006 until his death.

"He was a star. And the way people reacted [to his death] not only in our country, but across the world has proved it. Even the people who, and I am not exaggerating, were his harshest opponents, were crying loudly, because he was a star, a professional and a extraordinary person," Zakharova said, adding that Churkin was a mentor for her.

Earlier in the day, a memorial service for Churkin was held in Moscow.

Russia Urges US to Avoid Leaks, Share Churkin's Cause of Death Probe Data

Trump: Churkin Played ‘Crucial Role’ in Working With US