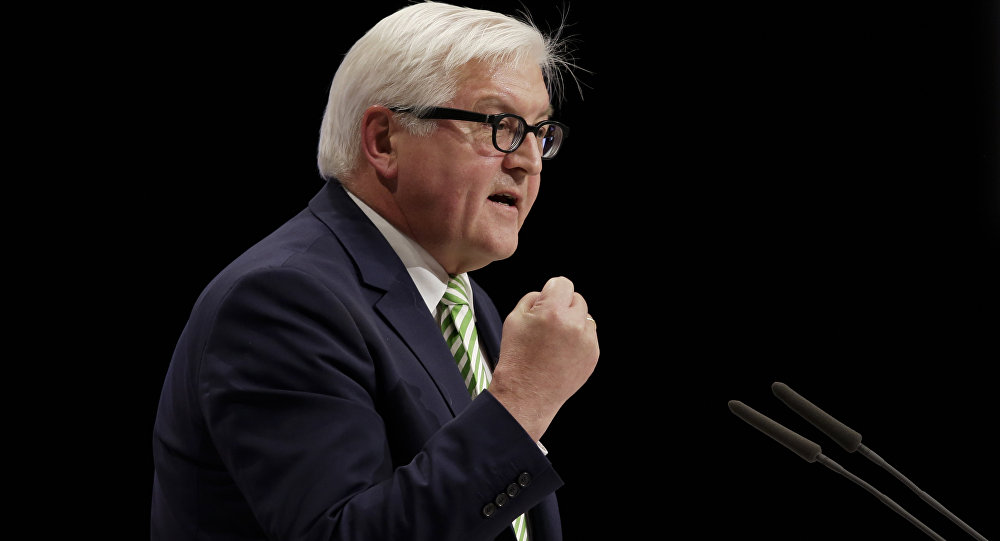 BERLIN (Sputnik) — Steinmeier, nominated by the ruling coalition, was supported by 931 members of the country's Federal Convention, which is a special body comprising 630 members of the Bundestag and of the same number of representatives of Germany's states, while Christoph Butterwegge from the Alternative for Germany’s (AfD) party, who finished second, gathered the support of just 128 voters.

The fact that the Federal Convention is formed by the country's lawmakers and representatives of regional parliaments gives a chance to predict the results of the vote before the event takes place. Ahead of the Sunday vote, Steinmeier was expected to win the presidency, as his Social Democratic Party (SPD) had support of 384 delegates in the Federal Convention and Christian Democratic Union (CDU) and Christian Social Union (CSU), which were also members of the ruling coalition, had been represented by 539 people.

Steinmeier stood down last month to seek presidency after 77-year-old Gauck said last June he would not run for the second term, citing old age. His term expires on March 17.

Frank-Walter Steinmeier was born on January 5, 1956 in Detmold city in North Rhine-Westphalia.

© Sputnik / Aleksey Nikolskyi
Putin Invites German President-Elect Steinmeier to Visit Russia
In 1974, he graduated from a gymnasium and was called up for a military service in Bundeswehr.

© Sputnik / Alexander Vilf
Most Germans Expect Steinmeier to Fare Well as President
Following Schroeder’s appointment as Germany’s chancellor in 1998, Steinmeier served from November 1998 to July 1999 as a state secretary of the Federal Government and was responsible for coordination of activities of the country’s intelligence services. From July 1999 to November 2005 he was a chief of staff of the Federal Chancellery.

How Does Germany Elect Its President?