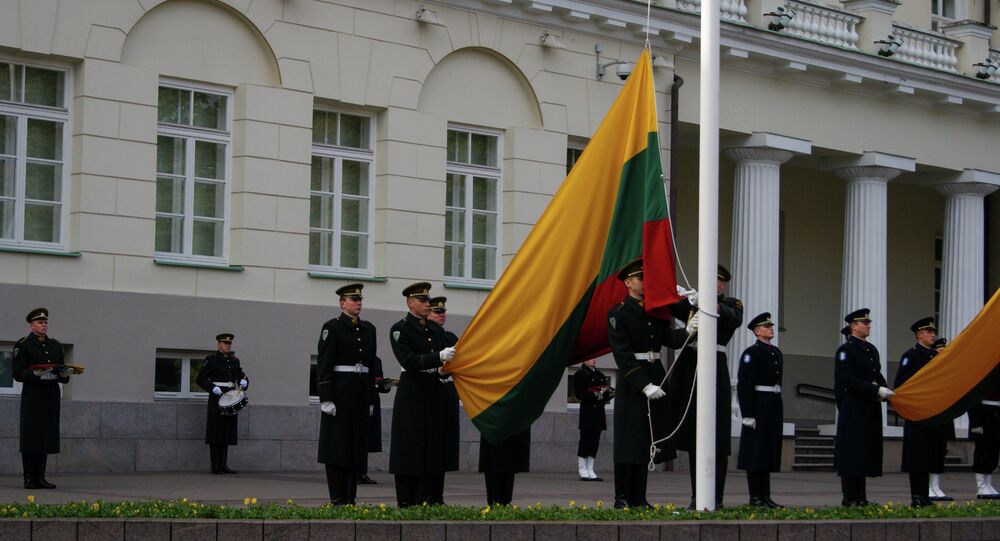 Russia will not remain the main trade and economic partner of Lithuania for long as the turnover between the states is decreasing drastically, Russian Ambassador to Lithuania Alexander Udaltsov told Sputnik on Friday.

MOSCOW (Sputnik) — According to Udaltsov, the turnover between Russia and Lithuania amounted to $7 billion in 2011 but fell by 40 percent in 2015. Preliminary data show that during the period from January to October 2016 the turnover between the two countries decreased by 18.5 percent more reaching $2.3 billion.

"However Russia is still the main trade and economic partner of Lithuania. I think this will not last for long as the decline rate is significant," Udaltsov said.

© REUTERS / Ints Kalnins
Moscow Forced to Respond as NATO 'Deployed Hundreds of Military Bases Around Russia'
The ambassador added that the diplomatic relations between the countries have been tense for the third consecutive year. The political dialogue between the parties collapsed and the economic relations are dominated by negative phenomena.

Russia’s relations with Lithuania and other countries forming the European Union, deteriorated since Crimea rejoined Russia in 2014. The European Union has been accusing Moscow of meddling in the conflict in eastern Ukraine and has imposed a series of economic and diplomatic sanctions against Russia, which were deemed counterproductive by Moscow. Earlier this week, Lithuanian Foreign Minister Linas Linkevicius spoke in favor of keeping the existing anti-Russia sanctions in place.

In response to the restrictive measures, Russia imposed a food embargo on some products originating in the countries that have targeted it with sanctions.

Lithuania to Construct Fence of Border With Russia for Geopolitical Reasons