The representatives of the Syrian armed opposition should participate in the talks on Syria's crisis settlement only if they prove their commitment to the fight against Daesh and al-Nusra Front terrorist groups, spokesman of the Damascus Platform opposition group Tarek Ahmad told Sputnik.

MOSCOW (Sputnik) — On Wednesday, representatives of the 14 groups of the Syrian armed opposition, who took part in the two-day intra-Syrian talks in Astana under the leadership of Jaysh al-Islam's Mohammed Alloush, confirmed their commitment to the nationwide ceasefire agreement and expressed intention to forge a joint opposition delegation ahead of Geneva talks.

"We support an idea of a round table. It should include the governmental delegation and other opposition groups and platforms, including the armed  opposition, if it starts implementing the Astana agreement and begin to fight against Daesh and al-Nusra [Front]. But all parties to the Syrian conflict, including the civil society, should participate in talks," Ahmad, who is also a member of the Syrian Social Nationalist Party (SSNP), told Sputnik. 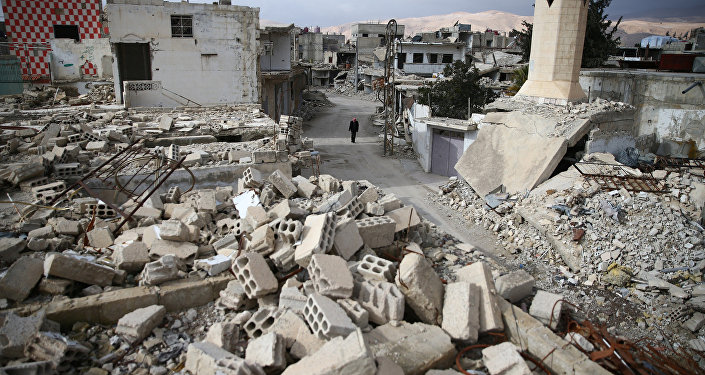 © REUTERS / Bassam Khabieh
Syrian Government, Armed Opposition Agree to Join Forces Against Terror
The Syrian peace talks, brokered by Moscow, Ankara and Tehran, were held in Astana on Monday and Tuesday, bringing the Syrian government and opposition groups face-to-face for the first time since the beginning of the civil war in Syria in 2011. The list of the opposition groups that participated in the talks includes Jaysh al-Islam, Faylak al-Sham, Jaish al-Mujahideen, Jabhat al-Shamiya, Fastaqim and Suvar al-Sham, among others. However, such terrorist groups as Ahrar al-Sham and al-Nusra Front did not participate in the talks.