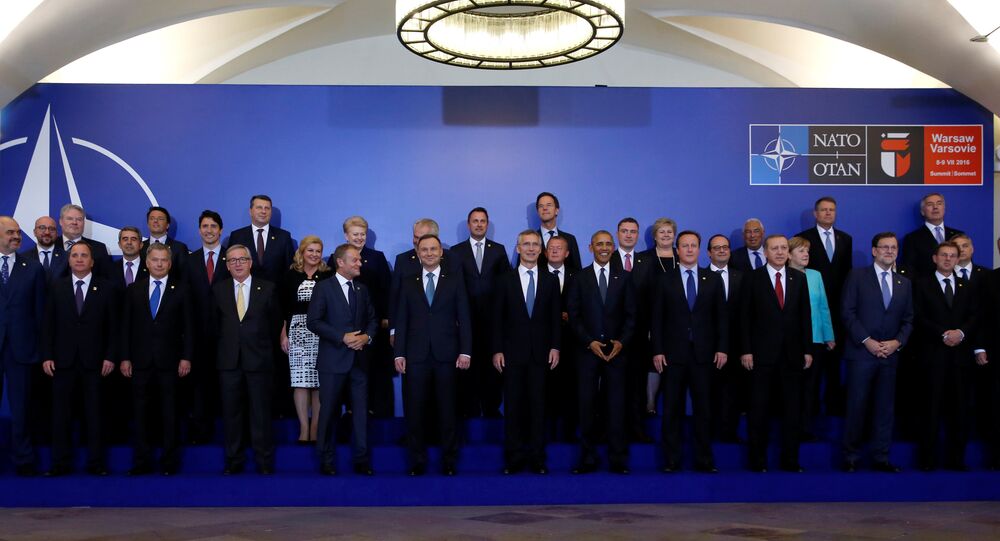 France has its own national defense and is capable of carrying out an independent foreign policy without NATO, Jacques Cheminade, a candidate in the upcoming French presidential elections, told Sputnik on Tuesday, commenting on US President-elect Donald Trump’s criticism of the Alliance.

MOSCOW (Sputnik) — On Monday, in an interview with The Times newspaper, Trump called NATO an "obsolete" organization, since it was not much engaged in countering terrorism, arguing its member countries' contributions were not efficient.

"Only France has organized its own national defense, under the presidency of Charles De Gaulle. The British have their own army, but under Anglo-American rule. France, therefore, has the capacity to set up an independent foreign policy, out of NATO and based on the cause of humanity," Cheminade said, asked if Europe would try to pursue establishing the EU army to lessen dependence on the US military in protecting its borders.

Cheminade, who is a presidential candidate from the eurosceptic Solidarity et Progres party, also criticized the military alliance for having paid little attention to the issue of terror financing.

© AP Photo / Alik Keplicz
NATO Military Build-Up in E Europe: 'Trump Will Continue Where Obama Stopped'
"The main issue is not that NATO was not able to predict the current threat of terrorism, but that some of its members turned a blind eye to it and other let their allies — Qatar, Saudi Arabia, etc. — support and finance jihadism in the Middle East and beyond, including in Chechnya," Cheminade said, asked if the Alliance could have dealt with terrorism, if it had paid attention to the issue.

Contrary to Trump’s and Cheminade’s calls, French President Francois Hollande has said Europe intended to continue cooperating with NATO in line with its interests and not listening to any "external advice."