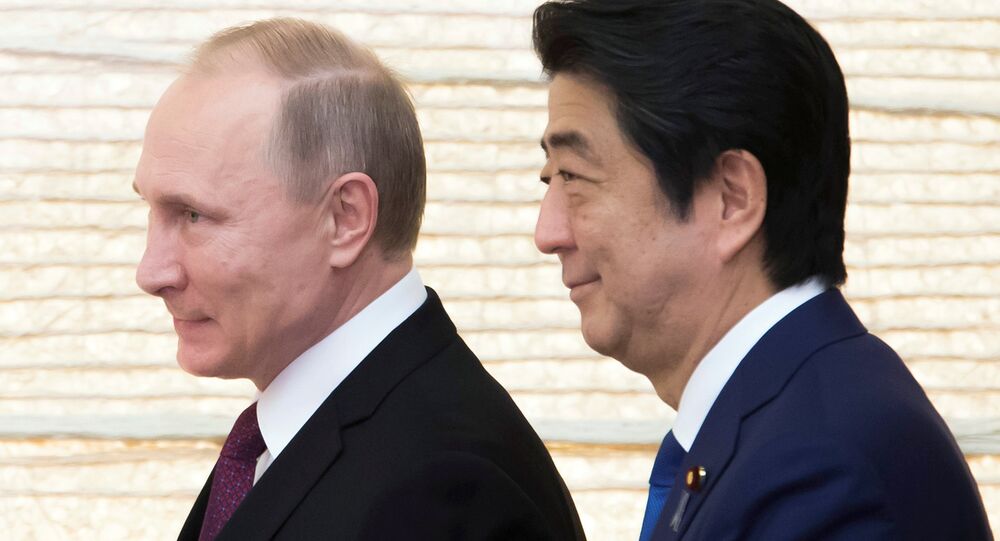 MOSCOW (Sputnik) — On Wednesday, Seko arrived in Moscow for a two-day visit to meet with Russian officials. Earlier on Thursday, he met with Chairman of the Federation Council Valentina Matvienko.

“The political dialogue between our countries recently intensified… I want to note that the dialogue on a peace treaty between the leaders was very informative and frank. Putin’s latest visit will contribute to the development of diplomatic relations between Japan and Russia," Seco said at a meeting with Matvienko.

He noted that he came to Moscow in order to "in concrete way promote the implementation of previously reached agreements."

"I've already met with and now intend to meet with more representatives of the economic bloc of the Russian government. For my part, I intend to continue to make every effort to implement the agreements reached between the leaders of Japan and Russia," Seco said.

© REUTERS / Toru Hanai
Putin, Abe Achieved Progress at Recent Talks, But Window of Opportunity Might Close Soon
Relations between Tokyo and Moscow have recently been re-energized. In September, Abe took part in the Eastern Economic Forum in Russia's Vladivostok, during which he held three-hour talks with Putin and presented the bilateral economic plan covering the issues of cooperation in the sphere of gas, oil, airports and ports modernization.

On December 15-16, Putin visited Japan to meet with Abe. As a result, the sides agreed to establish joint economic activities on Russia's Southern Kurils in a bid to create a favorable atmosphere for talks on a peace treaty between the countries, which has not been signed after WWII.