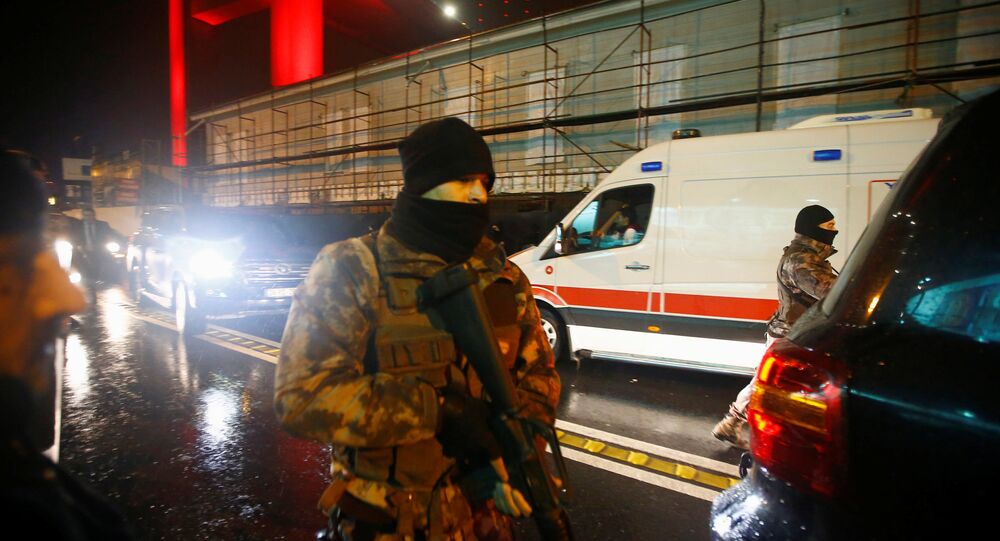 The Organization for Security and Co-operation in Europe's (OSCE) Chairperson-in-Office Sebastian Kurz and Secretary General Lamberto Zannier condemned on Sunday the terror attack in Istanbul's nightclub.

© AFP 2020 /
'Heinous Crime': World Leaders Deplore Istanbul Nightclub Terrorist Attack
MOSCOW (Sputnik) — Zanier added that the attack was another attempt to cause fear in society and said that the response would be to intensify joint efforts and build a strong common front against terrorism.

"Once more, Turkey has been shaken by the scourge of terrorist violence. I condemn in the strongest terms this brutal and perfidious attack against innocent people celebrating the beginning of the New Year. Together, we stand with our Turkish friends in these hours of mourning", Kurz said.

The nightclub Reina in Istanbul's Besiktas district was attacked early on Sunday by a man, who was reportedly talking in Arabic. The attacker is said to have opened fire from a Kalashnikov assault rifle.