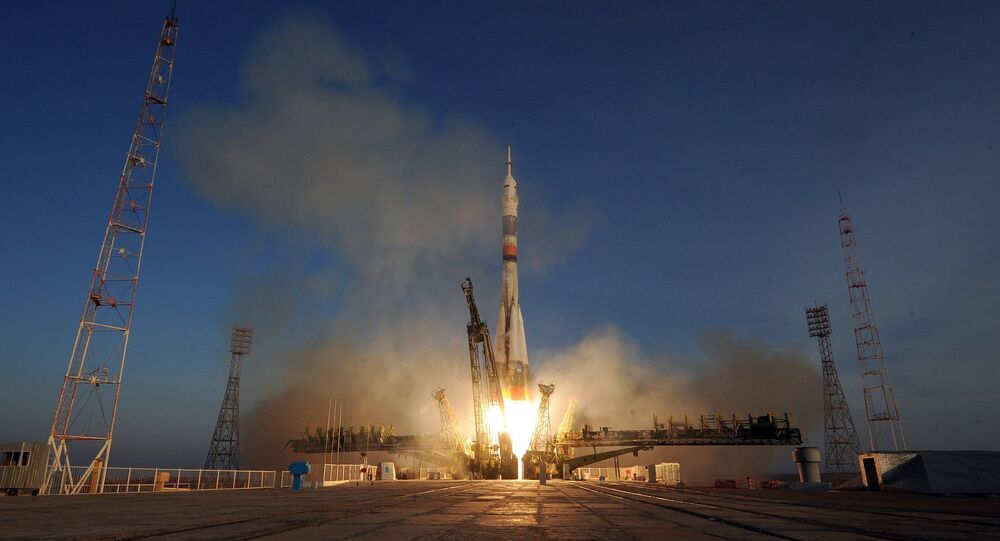 This week, Russia and Kazakhstan signed a cooperation agreement extending Russia's use of Kazakhstan's Baikonur Cosmodrome. According to experts, there are a number of very good reasons why cooperation is expected to continue.

On Monday, Russian and Kazakh officials signed an agreement regulating continued cooperation at Baikonur. The agreement was signed during Khazakh President Nursultan Nazarbayev's visit to St. Petersburg for Tuesday's meeting of both the Collective Security Treaty Organization and the Eurasian Economic Council. The new agreement includes an eight-year road map up to the year 2025.

Russia has agreements with the Central Asian country to lease Baikonur until at least 2050. The spaceport is jointly managed by the Russian space agency Roscosmos and Russia's Aerospace Forces.

According to Russian Academy of Cosmonautics member Andrei Ionin, the Russians won't be leaving the spaceport anytime soon, since Moscow's plans include economic and geopolitical goals for which it is ready to pay.

For one thing, stressing the importance of the space industry as a high tech element of the Eurasian economy, Ionin noted that "the Eurasian Economic Union must not be tied only on natural resources – by oil or gas." In his view, the EEU's member nations must cooperate on high-tech projects, including space. Russia, he said, should take the lead on this, as it remains the absolute leader of the economic bloc in the area of space technologies.

© Photo : Youtube/Alexander Nomerkov
Launch of Russia's New Progress Spacecraft Set for February 2
Ionin listed over half a dozen  areas of space cooperation which are profitable from an economic standpoint, including remote sensing of the Earth, the development of spacecraft, launch vehicles and other space-related equipment, the development of Earth-based infrastructure for space use, the launch of spacecraft, including satellites and scientific equipment, manned space flight, satellite navigation systems and technology, and space-based communications systems and the associated information technologies and services.

Baikonur, Ionin says, can remain the basis for many of these projects well into the future, even as other spaceports, including the recently opened Vostochny Cosmodrome in Russia's Far East, continue come online.

In recent years, Russia has feared for the prospects of large-scale projects in countries in the post-Soviet space due to the threat of unrest in the form of color revolutions. This threat has been one of the reasons given for authorities' discussions about the potential to end cooperation with Kazakhstan at Baikonur. However, Ionin stressed that he was confident that Astana, the Kazakh people, and the country's neighbors, including China and Iran, and also India, would not allow for any 'color revolution' scenario to threaten the Central Asian country going forward.

© Sputnik / Alexey Druzginin/Anton Denisov/Russian Presidential Press Office
Back to the Future: From the USSR to the Eurasian Century
Therefore he said, there are no risks for Russia and the Russian Space Agency to continue using, upgrading and improving Baikonur.

At the same time, he admitted that there is certainly room for improvement, particularly in technologies meant to reduce the environmental impact of Russian rocket launches. For example, the use of a toxic fuel called heptyl by the Proton-M rocket has been a cause of concern for Kazakh authorities, leading to intensive talks about developing a new rocket using cleaner fuels.

These talks led to plans for a new joint project —the Sunkar rocket, which is now being developed specifically for Baikonur, and will eventually replace the capabilities of the Zenit-2 and Proton-M rockets, and serve as the basis for a new super-heavy rocket. Sunkar's engines will run on liquid oxygen and kerosen, and the project is expected to be completed by 2024. Ionin praised the Sunkar project, saying that it is an excellent way to connect the two countries' space technology potential, and to extending Baikonur's lifespan for decades to come.

Ultimately, Ionin admitted, the Vostochny Comodrome was never planned to completely replace Baikonur. "No one in our group ever saw a new big cosmodrome [in Russia] as an alternative to Baikonur. For us, Vostochny has primarily been a tool for the development of the Russian Far East," the academic noted.