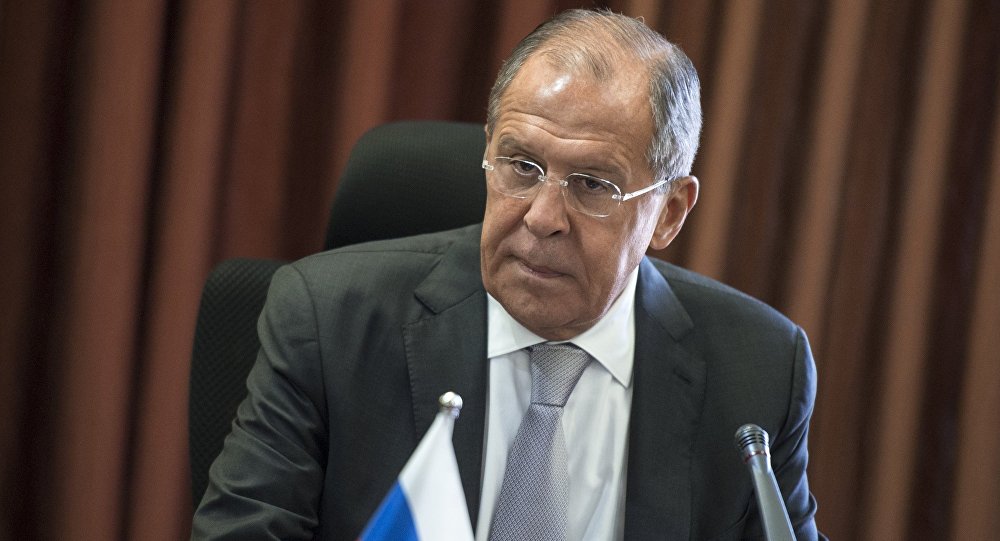 The Turkish Foreign Ministry said on Wednesday that there was a mistake in translation of Russian Foreign Minister Sergey Lavrov's remark on the non-involvement of the Syrian Air Force in an airstrike on the Turkish army in Syrian town of al-Bab and requested the news outlets to fix it.

© AFP 2019 / ADEM ALTAN
A Slip of Tongue or Deliberate Plan? True Motives Behind Erdogan's Remark About Toppling Assad
ANKARA (Sputnik) — On November 24, Turkish media reported that three Turkish soldiers were killed near al-Bab in a Daesh attack. Later, Turkey's General Staff confirmed the death of three servicemen claiming that the attack was carried out by Syrian jets.

On the same day, Lavrov said that neither Russia, nor Syria have anything to do with the attack. However, Turkish media translated the remark wrongly, attributing the statement on the Syrian involvement in the attack to the minister.

"It has been noticed that during the press conference in Alanya on December 1, which was attended by the foreign ministers of Russia and Turkey Mevlut Cavusoglu, and Sergey Lavrov, there was an error in translation. Lavrov said: 'Neither Russia nor Syria is involved in November 24 attack that killed the Turkish military personnel.' There was no statement 'the attack was committed by the Syrian regime.' In order to resolve this serious error, which occurred because of an incorrect translation, we ask the distinguished members of the media to make amendments to their texts," the ministry's statement obtained by RIA Novosti.

On August 24, Turkish forces, backed by US-led coalition aircraft, began a military operation dubbed the Euphrates Shield to clear the Syrian border town of Jarabulus and the surrounding area of Daesh terrorists. As Jarabulus was recaptured, the joint forces of Ankara, the coalition and Syrian opposition groups continued the offensive southwest.