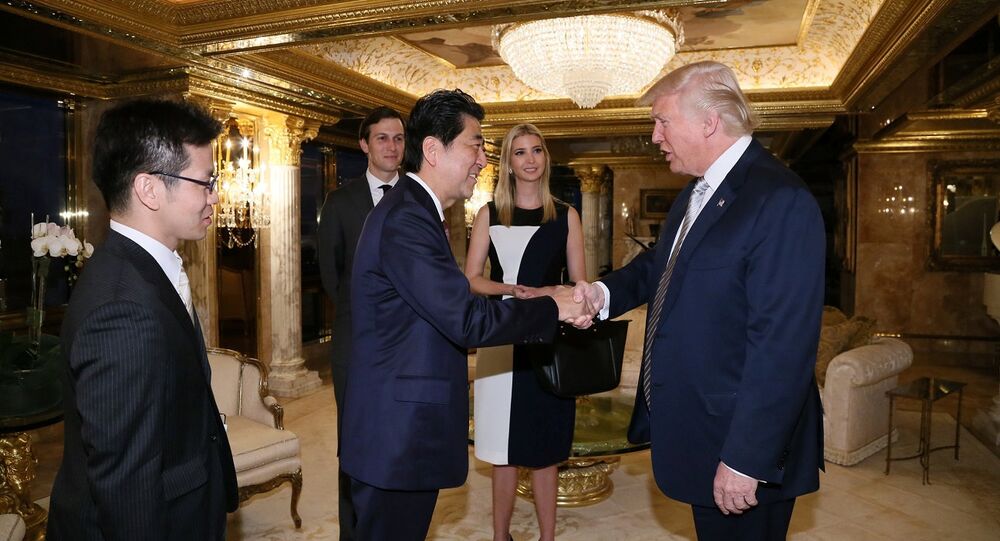 Japanese Prime Minister Shinzo Abe urged the upper house of the Japanese parliament to approve the Trans-Pacific Partnership (TPP) and said Japan would continue to advocate for the deal in talks with the United States after Donald Trump'a inauguration in January, local media reported Monday.

© AP Photo / Andy Wong
With TPP Dying, Spotlight Turns on China's RCEP Project for Asia-Pacific
TOKYO (Sputnik) — The future of the TPP was put into question after Trump's victory in the US presidential election on November 8. During his presidential campaign, the US President-elect has repeatedly criticized the deal and expressed the desire to shift the focus from the global trade to national economic development in order to support the US economy.

“By approving [the TPP] in the parliament, Japan will demonstrate the world its strong will, and alongside with it I will keep talking with the United States about the significance of the TPP,” Abe told the House of Councillors, as quoted by the Kyodo news agency.

Abe stressed that the TPP rules should become an example of trade negotiations in the world.

In early September,  Abe vowed to press the parliament into ratifying the agreement. On November 10, Japan's House of Representatives, the lower house of parliament, voted to ratify the TPP.