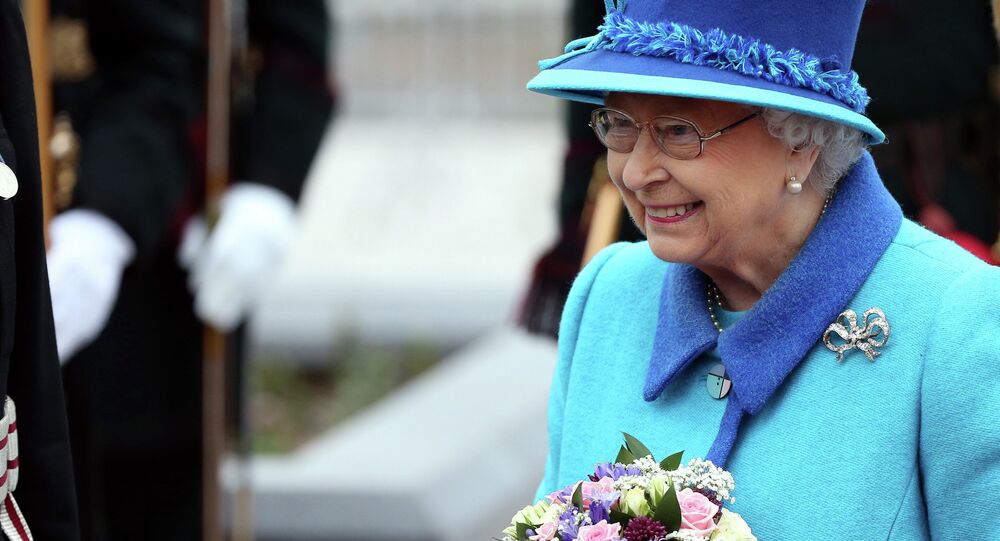 Plans for US President-elect Donald Trump to visit UK Queen Elizabeth II in the summer of 2017 are being discussed with a formal invitation expected to be issued once Trump is sworn in on January 20.

MOSCOW (Sputnik) — Trump expressed his excitement at the prospect of meeting the monarch when he met UK Independence Party (UKIP) acting leader Nigel Farage in New York on November 12. Speaking of relations with the United Kingdom, Trump added that he had a "really good conversation with the prime minister" and wanted to "develop a good relationship" with her.

"I know that there are plans for a state visit… They didn’t want to say it because it’s disrespectful to Obama, but once [Trump is] in they’ll move quickly in No 10," a senior official said, as quoted by The Sunday Times newspaper.

© REUTERS / Chris Jackson
From Britain With Love: Elizabeth II Sends Letter With Reply to Russian Schoolgirl
According to senior government sources, Trump's visit to the United Kingdom was on Prime Minister Theresa May’s "items to discuss" list when she spoke to him after his victory in the election on November 8. The visit is provisionally expected to take place in June or July next year.

A Buckingham Palace spokesman confirmed that "state visits and other meetings with overseas heads of state are organised on the advice of the government."

UK Foreign Secretary Boris Johnson will dispatch aides to the United States next week to meet with Trump’s transition team and Mike Pence, the vice president-elect. The prime minister is also likely to visit Washington before the end of the year.