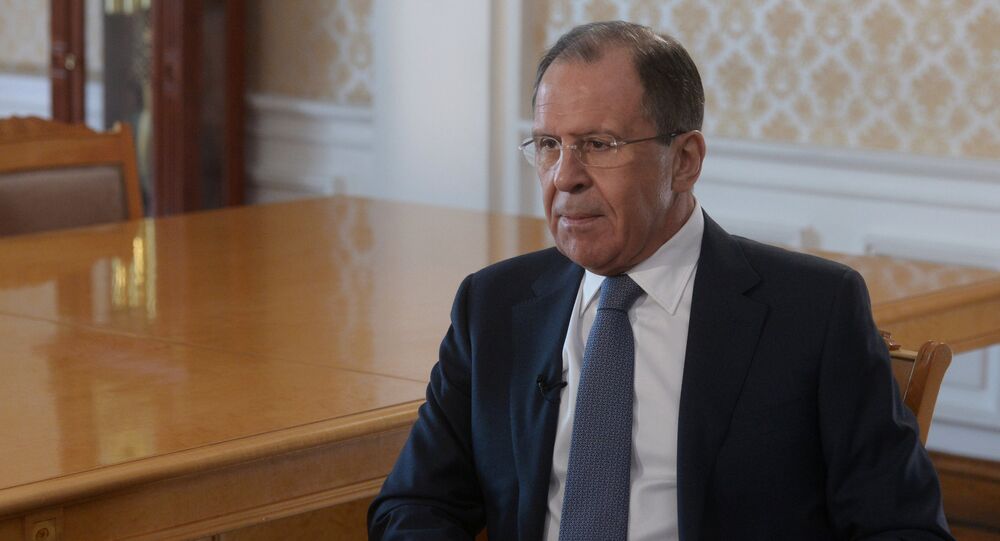 Foreign Minister Sergei Lavrov is no stranger to driving a good point home. Speaking to representatives of the Association of European Businesses in Moscow on Tuesday, Russia's top diplomat explained how Western countries have absolutely contradictory approaches to virtually identical problems in Yemen and Ukraine.

At the meeting, Lavrov devoted a great deal of his speech to the subject of the crisis in Ukraine, the issue which effectively sparked the crisis in relations between Western countries and Russia, and resulted in tens of billions of dollars in economic losses for both sides, not to mention heightened military tensions.

© Sputnik / Vladimir Sergeev
Saving Face: 'West's Attitude to Crimea Will Not Change' After US Elections
Pointing out the difference in approach to Western policy in response to the crises in Ukraine and that in present-day Yemen, the foreign minister effectively schooled Western officials for their illogical behavior.

Lavrov recalled that when Yemen faced a coup in September 2014, and Yemeni President Hadi fled to neighboring Saudi Arabia, Western politicians reacted by demanding the reinstatement of the country's legitimate president. However, facing the exact same situation in Ukraine in February 2014, US and European leaders reacted very differently.

"For over two years, the international community has been demanding that President Hadi be returned to Yemen and his legitimacy be reaffirmed," Lavrov noted. "But our European colleagues, who share this view, remain silent when we ask them why the same principled approach cannot be applied to Ukraine."

© AFP 2021 / DOMINICK REUTER
Ukraine Conflict Unresolved Because Kiev Tries to ‘Twist’ Minsk Peace Pact - Churkin
Lavrov pointed out that two-and-a-half years ago, the foreign ministers of France, Germany and Poland brokered a deal between Ukrainian President Viktor Yanukovych and the opposition, promising early elections in exchange for his security and an end to riots in the streets of Kiev. But just hours after the deal was signed, Yanukovych was ousted, and forced to flee in fear for his life. Ukraine has been in a state of political, and economic turmoil ever since, and faces civil war in its Donbass region.

Apparently, the diplomat suggested, European officials "have more respect for Yemen and its political system than for Ukraine, where experiments can continue it seems. Ukraine has been suffering from this for several decades now."

Kiev Shoots Itself in the Foot with New Anti-Russian Sanctions