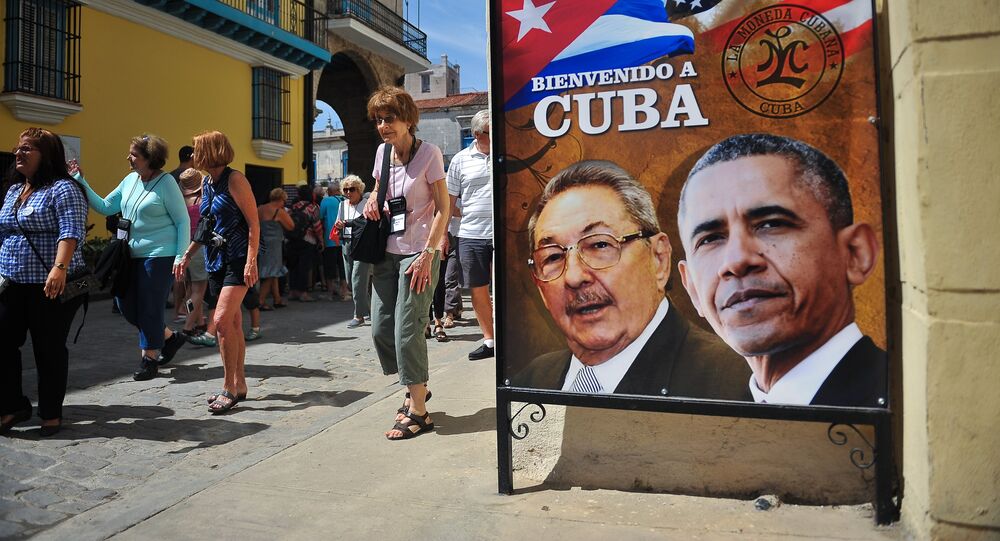 The senate of Mexico supported on Wednesday lifting the economic blockade against Cuba, President of the Board of the Mexican Senate Pablo Escudero Morales said.

MEXICO CITY (Sputnik) – In December 2014, Obama announced that the United States would begin to normalize relations with Cuba after more than 50 years of non-engagement and hostilities. While the two countries reopened embassies in their respective capitals in July 2015, the congressionally-mandated US trade embargo continues to remain in effect.

On October 14, the United States further amended sanctions on Cuba, which would allow US institutions to conduct joint medical research with Havana, permit more grants and scholarships for Cuban nationals, and remove restrictions on alcohol and tobacco products brought into the United States from the island.

"Based on its values and the principles of the foreign policy and as a sign of solidarity with the Cuban people, the [Mexico’s] Senate expresses support of lifting economic, commercial and financial embargo imposed by the United States against the Republic of Cuba," Morales said as cited in the Senate’s statement for media.

According to Morales, the Senate asks the Mexican executive authorities to convey its position on the blockade’s lifting to the international community with the help of the foreign ministry and representative to the United Nations.

US' Easing of Sanctions Not Removing Burden From Cubans' Shoulders - Envoy

US Repatriated 70 At-Sea Cuban Migrants in Past Week