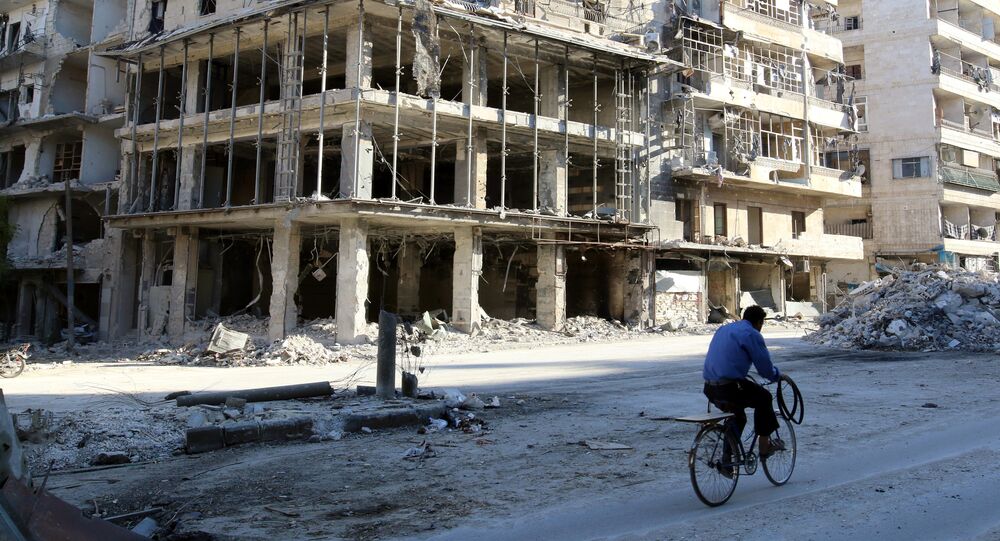 Russia may take a decision on Friday to extend the humanitarian pause in Syria's embattled city of Aleppo for several days, Head of the Russian Federation Council's Defense and Security Committee Viktor Ozerov said on Thursday.

MOSCOW (Sputnik) — Earlier in the day, Russian Defense Minister Sergei Shoigu announced that Moscow had decided to extend the humanitarian pause in Aleppo for another 24 hours.

"[Humanitarian] pause may be extended for a day, two or three until terrorists start fighting there [in Aleppo]. Today it is not the truce, which allows the terrorists to gain additional weapons and equipment, Aleppo is encircled," Sen. Ozerov told RIA Novosti.

© Sputnik / Mikhail Voskresenskiy
Al-Nusra Front Terrorists Open Fire at Civilians Leaving Aleppo - Militia
The senator also noted that the first day of the humanitarian pause in Aleppo has been ineffective.

"There is no result, as you can see, nobody left [the war zone], and it is alarming," he said.

Ozerov stressed that during the day neither the United States nor other coalition member states have reported a single case of contacts with the moderate opposition in Aleppo.

The "humanitarian pause" was introduced in Aleppo at 08:00 local time (05:00 GMT) on Thursday to ensure the safe evacuation of unarmed militants, and civilians from eastern Aleppo via eight designated corridors.