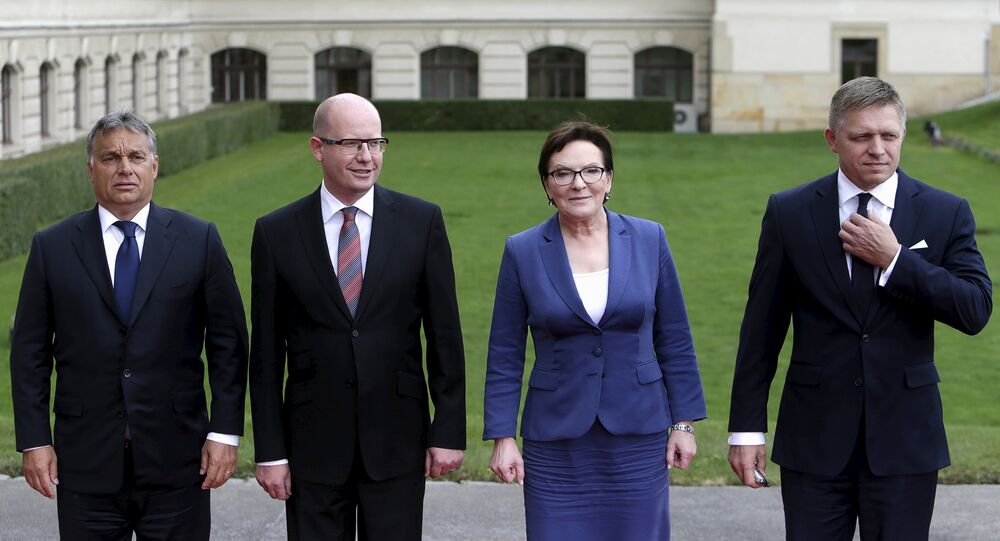 The European Commission (EC) approved a proposal made by the Visegrad Four (V4) group that Europe’s response to migration crisis should be based on the principle of "flexible solidarity", Polish President Andrzej Duda said on Saturday.

WARSAW (Sputnik) — According to the joint statement, following a meeting in Bratislava on September 16, the heads of governments of the V4 group countries proposed that the European migration policy should be based on the "flexible solidarity" concept, which would enable the EU member states to choose their own special forms of contribution to the migration crisis, taking into account their potential and experience.

"When our prime ministers…proposed in the European Council…to adopt a policy of "flexible solidarity", it was welcomed, first and foremost, by the European Commission," Duda said commenting on the outcomes of the Visegrad Group summit in Rzeszow city in southeastern Poland.

Poland, along with the remaining V4 group states, opposes the implementation of the mandatory EU quota scheme to relocate thousands of refugees throughout the bloc since it was proposed in May 2015 amid the deteriorating refugee crisis.

Last year, Europe was hit by the worst refugee crisis since the end of the Second World War, with over a million migrants coming to Germany alone.