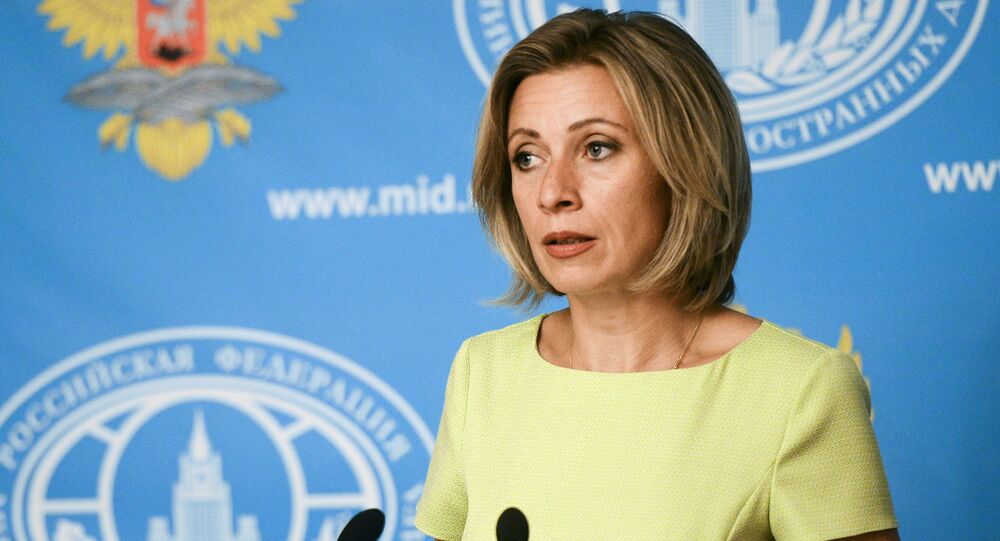 MOSCOW (Sputnik) — Earlier in the day, Johnson told the BBC's Andrew Marr Show that Russia was guilty of protracting the war in Syria as well as "making it far more hideous." Johnson also said that Russia might be guilty of war crimes if allegations of its attack on a UN humanitarian convoy in Aleppo were true.

"Everything is correct, except for two words: the word 'Russia' should be replaced with 'Britain,' and 'Syria' with 'Iraq,'" Zakharova said on her Facebook account.

Currently Syria is seeing intensified fighting in the city of Aleppo, after the Syrian army declared an end to the week-long ceasefire on Friday, blaming militants for numerous violations that made the cessation of hostilities unreasonable.

© Sputnik / Evgenya Novozhenina
‘Learn What Shame Means’: Russian FM Spokeswoman Strikes Back at US Envoy to UN Over Comment on Syria
Earlier on Sunday, UN Secretary-General Ban Ki-moon said that Aleppo had faced the most intense airstrikes since the start of the Syrian conflict, expressing dismay at the situation and the fate of civilians trapped in the city.

A UN-Syrian Arab Red Crescent convoy carrying humanitarian aid for Aleppo province was hit on Monday, according to the International Federation of Red Cross and Red Crescent Societies (IFRC). As a result, 18 of 31 trucks were destroyed and at least 21 individuals were killed. A number of US military officials claimed that Russia was responsible, while Russia called for a thorough investigation into the incident.

On September 9, US Secretary of State John Kerry and Russian Foreign Minister Sergei Lavrov brokered a ceasefire in Syria that took effect three days later. The agreement called for unimpeded delivery of humanitarian aid and stipulated that only designated terror groups would be targeted in military strikes.