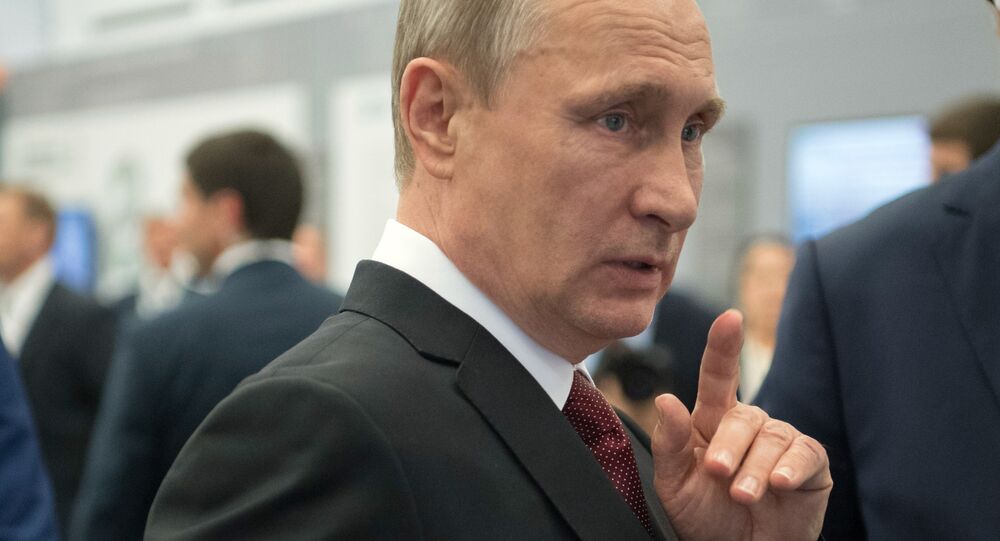 Moscow is ready to maintain any contacts with Kiev, as long as they lead to positive results, Russian President Vladimir Putin said Saturday.

"We are ready to maintain any contacts, as long as they lead to a positive results, to the settlement of the crisis that erupted in Ukraine," Putin said, commenting on Moscow's readiness to resume talks with Ukrainian President Petro Poroshenko and continue negotiations in the Normandy Four format, comprising Russia, France, Germany and Ukraine.

© AP Photo / Sergei Chuzavkov
Donbass Special Status, Local Elections Preconditions for Next Normandy Talks
The so-called Normandy Four format established in June 2014 brings together French, German, Russian and Ukrainian representatives to discuss political settlement of the Ukrainian conflict. In February 2015, the quartet leaders worked out a ceasefire deal in Minsk, Belarus, signed by representatives of the Kiev authorities and militias from the eastern Ukrainian Donbass region.

Russia wants Ukraine to develop as an independent and strong state, Putin said.

"We want Ukraine to develop as an independent, economically strong state, so that we have a reliable, stable partner. This is fully in line with our national interests."

The Russian president assured that Moscow will do everything it can to lead to the achievement of this goal, but the decision of fundamental problems depends on Kiev.

"We will do everything that depends on us, so that this goal would be achieved, but we cannot do it unilaterally. We cannot, for example, amend the Ukrainian constitution, this can be done only by Ukraine itself, the Ukrainian leadership," Putin added.

"What we can do is create conditions for the negotiating process and take part in it as a mediator and a guarantor of the arrangements reached. This is what we can, want and will do if our partners in Kiev agree."