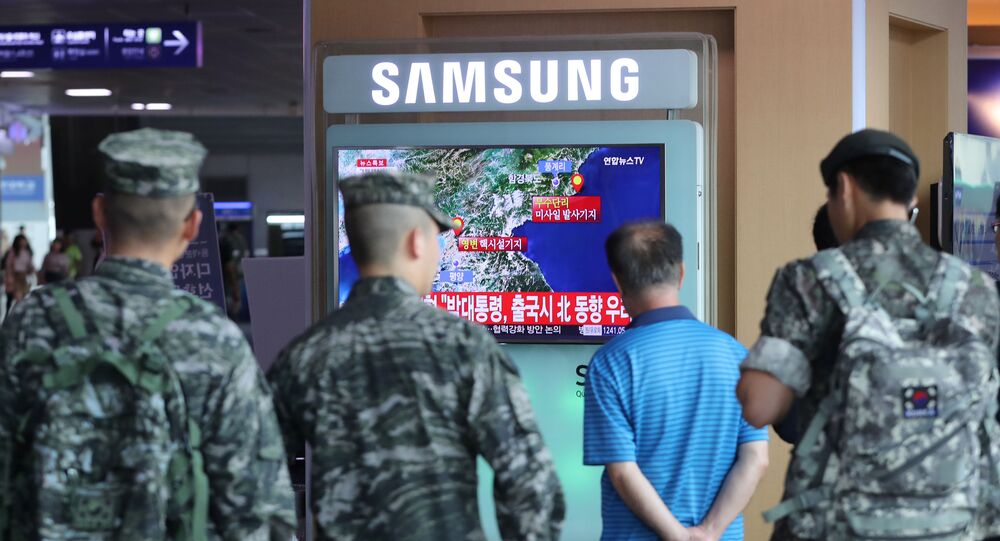 The Belgian foreign minister denounced Pyongyang's latest nuke test and called on the North Korean leadership to "immediately halt its illegal nuclear weapons program" adding that the global community will not give in to "nuclear blackmail".

MOSCOW (Sputnik) — North Korea's newest nuclear test is an attempt to blackmail the international community, to which the world will never give in, Belgium's Deputy Prime Minister and Foreign Minister Didier Reynders said.

"Minister Reynders calls upon North Korea to immediately halt its illegal nuclear weapons program, in a complete, verifiable and irreversible manner, to comply with international obligations and to adopt concrete measures to restore regional trust and stability. North Korea’s leaders must understand that the international community will not give in to nuclear blackmail," a statement of his press-office read on Friday.

© REUTERS / Kim Hong-Ji
Deadlier Than Nagasaki: North Korea's Nuke Test 30 Kilotonnes in Capacity
Reynders said he considered the recent nuclear test, the fifth and reportedly the biggest ever carried out by the North, a provocation and a serious violation of various resolutions of the UN Security Council.

"It shows once more that North Korea continues to develop its nuclear program, alongside its ballistic missile program. These actions threaten the regional stability and endanger international security," the statement added.

Following the experiment, Pyongyang declared it was now capable of equipping missiles with nuclear warheads. Later on Friday, the North Korean Embassy in Russia said in a statement that the test was carried out in retaliation to the threat of sanctions and pressure from the United States.