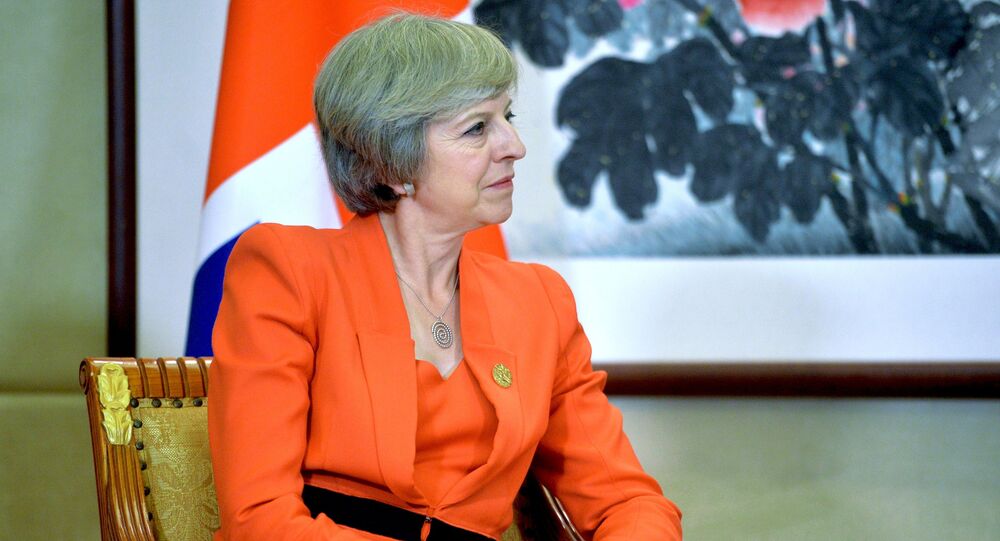 Russian President Vladimir Putin signaled that Russia was ready to revive bilateral ties with the United Kingdom, during his meeting with UK Prime Minister Theresa May, the Kremlin spokesman said Sunday.

HANGZHOU (Sputnik) — Putin and May held a one-on-one meeting early Sunday on the sidelines of the G20 leaders' summit in Hangzhou, China.

"Putin send a clear signal that we [Russian officials] are interested in mending our relations, we want to renew dialogue across all spheres, including most sensitive ones, and are ready to go as far as the British side is willing to," Dmitry Peskov told reporters.

"The British side reaffirmed that it was ready to negotiate issues that are of interest to both [nations]."

"Aviation security was raised as a possible area of cooperation which is of interest to both countries," Peskov said, adding that, "on the whole, Britain has yet to find political will and realize that there is no alternative to resuming a dialogue with our country across a range of topics."