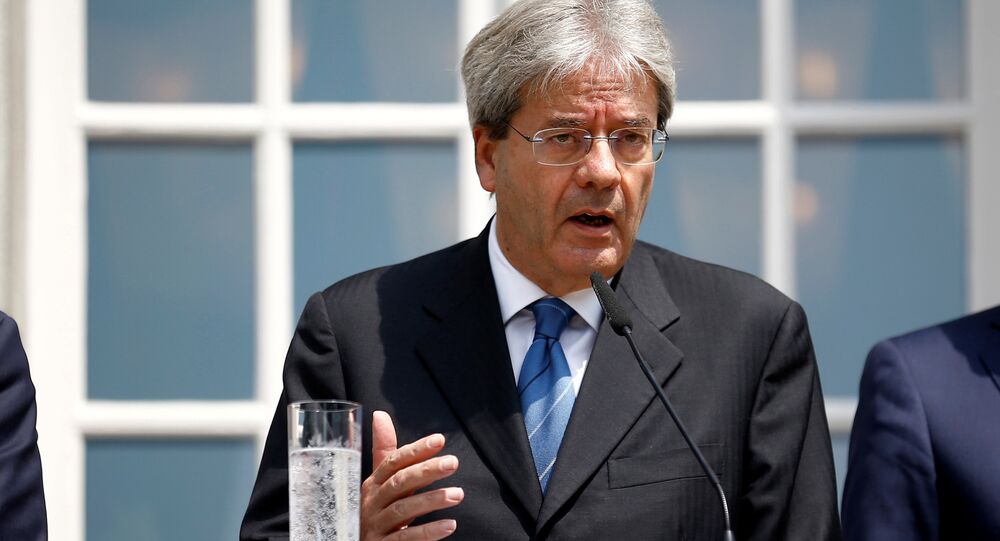 Italy does not support the suspension of negotiations with Turkey on EU accession, but considers it necessary to demand respect for human rights from Ankara, Italian Foreign Minister Paolo Gentiloni said on Friday.

© AP Photo / Daniel Ochoa de Olza
'EU Membership Perpetuates the Crisis': Spaxit May End Spain’s Economic Woes
BRATISLAVA (Sputnik) — Earlier in the day, a two-day informal meeting of EU foreign ministers kicked off in the Slovakian capital of Bratislava, with the officials set to discuss relations with Turkey and the crisis in Ukraine.

"But I do not think it is helpful to say no more negotiation with Turkey," Gentilioni said at the meeting, adding that the bloc should ask Ankara "to respect the rule of law and the fundamental human rights."

The Italian minister added that the Turkey-EU "tensions" were likely to originate from misunderstanding that should be overcome.

Turkey was officially recognized as a candidate for full EU membership in 1999. Talks on the issue started in 2005 but they have been repeatedly deadlocked, as the sides failed to agree on the implementation of 72 technical points that Ankara must fulfill to achieve the standards required for EU membership.

Late last year, Turkey resumed efforts for accession to the European Union, with Prime Minister Ahmet Davutoglu attending an EU-Turkey summit. In March, the EU-Turkey deal was reached, under which Ankara pledged to take back all undocumented migrants who come ashore in Greece if EU countries have Syrian refugees resettled from Turkish camps on a one-for-one basis. The bloc also pledged to accelerate the Turkish EU accession and introduce visa-free regime once Turkey had met the conditions set by the bloc.