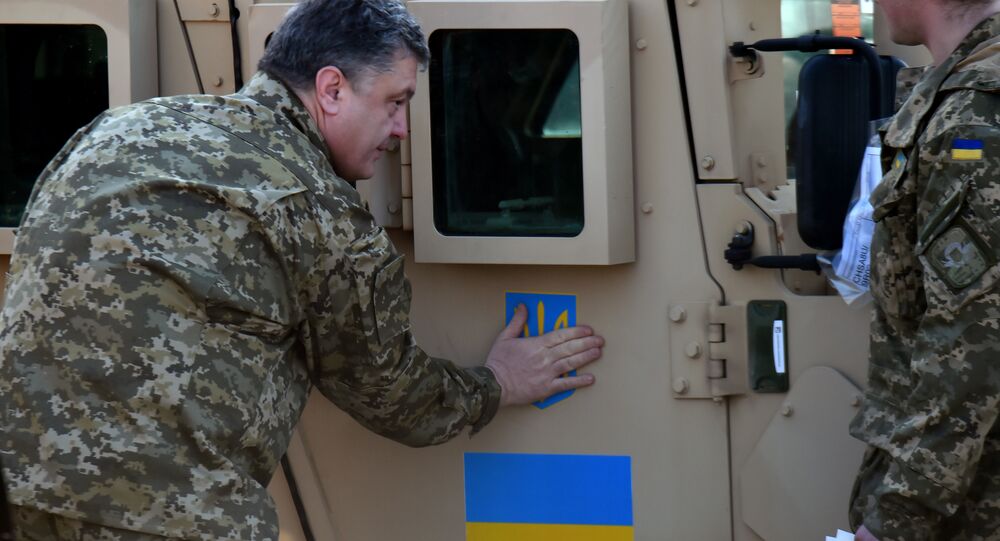 Ukrainian media outlet Evropeyskaya Pravda called Monday on the European Union not to introduce the visa-free regime with Ukraine, accusing the Kiev authorities of "falsifying" the required reforms.

KIEV (Sputnik) – The editorial board explained that the Ukrainian leadership is "falsifying" reforms to demonstrate the European Union that it is committed to the reforms needed for introduction of the visa-free regime.

“With this text the editorial board calls on the EU countries’ governments and embassies: do not cancel the visa regime until the situation in Ukraine is radically changed,” the editorial published in the Evropeyskaya Pravda said.

© Sputnik / Mikhail Palinchak
West Won't Help Kiev Now: US, EU Look for Way to Back Out on Their Client State

The article was issued after the Monday launch of the e-system of disclosure of incomes for Ukraine state officials, which is lacking a security certificate.

© Sputnik / Mikhail Palinchak
West Won't Help Kiev Now: US, EU Look for Way to Back Out on Their Client State
Ukrainian Vice Prime Minister on European Integration Ivanna Klimpush-Tsyntsadze said on her Facebook that the Ukrainian officials are obliged to submit the data on income only once, adding that the data submitted to a system lacking security certificate cannot serve as proof before the court.

In February 2014, after a series of anti-government protests Ukraine witnessed a coup that toppled President Viktor Yanikovych. The new authorities promised to conduct a number of reforms aimed at boosting economic development of the country and fighting corruption. However, two years after the coup there are no signs of improving economic situation in Ukraine.

Mending Fences? What Do Escalations in Ukraine Mean for NATO Alliance?