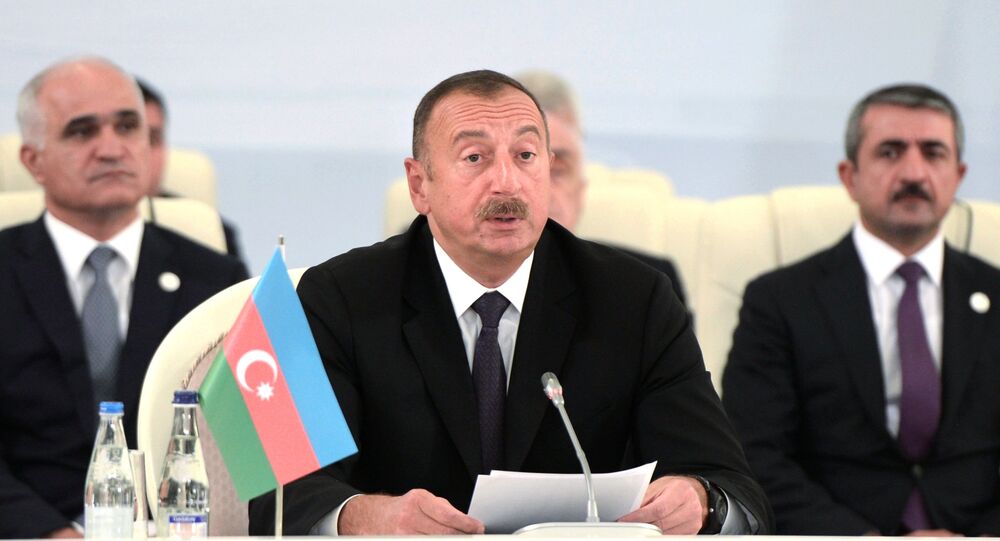 © Sputnik / Sergey Guneev
Putin Notes Importance of Baku Summit For Coordination of Action
BAKU (Sputnik) — Earlier in the day, the three leaders met in the Azerbaijan capital of Baku. According to a draft declaration which should be approved by the leaders of the three countries, the sides have agreed to intensify cooperation to ensure the sustainable functioning of both global and regional gas markets, among other measures.

"This is a historic date. I am grateful to Presidents Putin, Rouhani. Foreign Ministers of Azerbaijan, Russia and Iran met in April. Our countries are cooperating successfully, supporting each other," Aliyev said.

According to Aliyev, a trilateral summit will increase the countries' economic standards. He also added that the sides would participate in joint investment projects.

Presidents Rouhani, Aliyev Meet in Baku Ahead of Iran-Azerbaijan-Russia Summit