Czech President Milos Zeman voiced protest on Sunday against granting Turkey a visa-free regime with Europe amid the post-coup developments in the country. 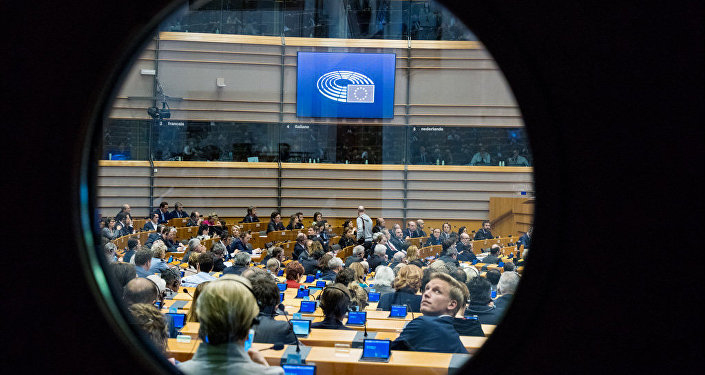 © Flickr / European Parliament
EU Parliament to Vote Against Turkey Visa-Free Regime in September- Source
PRAGUE (Sputnik) — He noted that the post-coup purges must have been planned in advance. At the same time, however, he refused to comment on the speculations that the coup scenario had been conceived by President Recep Tayyip Erdogan to launch subsequent crackdown on the military.

"I am against that [Turkey] will be granted it [right for the visa-free regime with the European Union], especially after the recent events," Zeman was quoted as saying by the Blesk newspaper.

Zeman added that there was a chance that Turkey would start sending refugees to the 28-member block if it did not receive the right for a visa-free regime.

On July 15, an attempt to overthrow the government took place in Turkey, it was suppressed the following day. Over 240 people were killed and more than 2,000 injured during the failed coup excluding the victims among the plotters, according to the country's authorities.

In March, the European Union and Ankara agreed on a deal, under which Turkey pledged to take back all undocumented migrants who arrive in the European Union through its territory in exchange for Syrian refugees accommodated in Turkey, on a one-for-one basis. In return, the bloc pledged to accelerate the Turkish EU accession bid and introduce a visa-free regime.

EU to Continue Talks With US, Canada to Achieve Visa-Free Regime