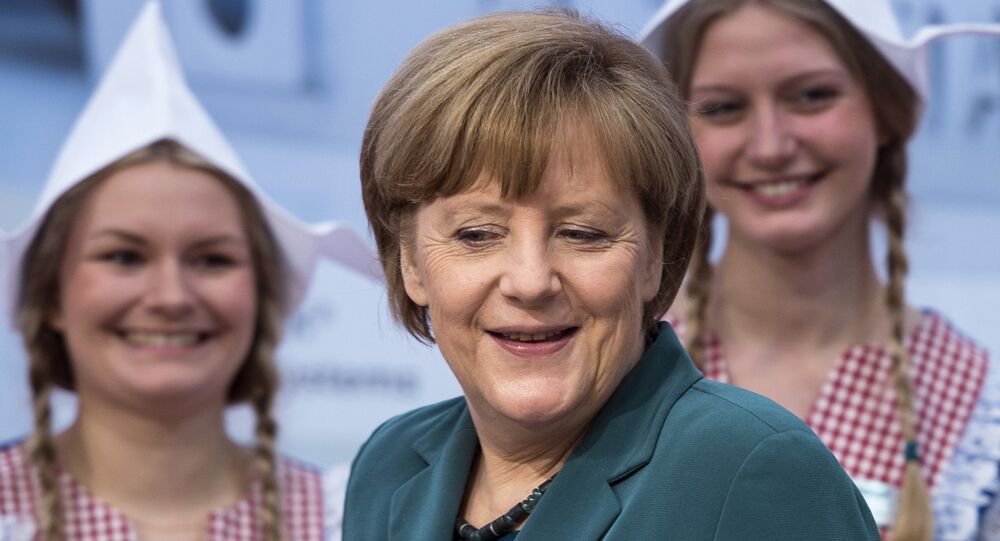 The popularity of German Chancellor Angela Merkel has risen despite difficult times and the ongoing migration crisis. However, the question remains unclear regarding how strong and long-lasting the support of the population for her will be, taking into account multiple challenges German citizens have to face, Politico wrote.

A series of recent polls showed that Merkel has rapidly gained popularity over the last few months despite the ongoing refugee crisis and criticism of her open-door policy toward migrants.

"So far, instead of turning away from their leader, as one might expect, Germans have been flocking to her like moths to a flame," the newspaper wrote.

© Photo : Kai Pfaffenbach
Is Merkel’s 'Welcome Policy' Failing Europe?
According to results of the monthly survey Deutschlandtrend, in July Merkel's policy was approved by 59% of respondents, the highest since September 2015.

According to the newspaper, Merkel's popularity can be partly explained by the fact that German voters are conservative and afraid of any change. However, the results are still surprising taking into account the criticism of her decision to pursue a policy of open doors toward Syrian refugees, the newspaper noted.

"Still, given the thrashing Merkel took for opening Germany's gates to more than one million migrants last year, her recent bounce is notable. The question is whether it's sustainable," the newspaper noted.

German Chancellor Angela Merkel has long been under pressure to review its open door policy on refugees. The criticism has been growing especially amid increasing fears that terrorists are flooding into Europe under the guise of genuine migrants seeking asylum in EU states.

On Sunday, an explosion went off in the southern German city of Ansbach, not far from a music festival venue. The blast left one person dead and at least 12 injured. Moreover, a 21-year-old Syrian asylum seeker attacked a 42-year-old pregnant Polish woman with a machete in the southern German town of Reutlingen. The victim died as a result of the attack while five other people were injured.