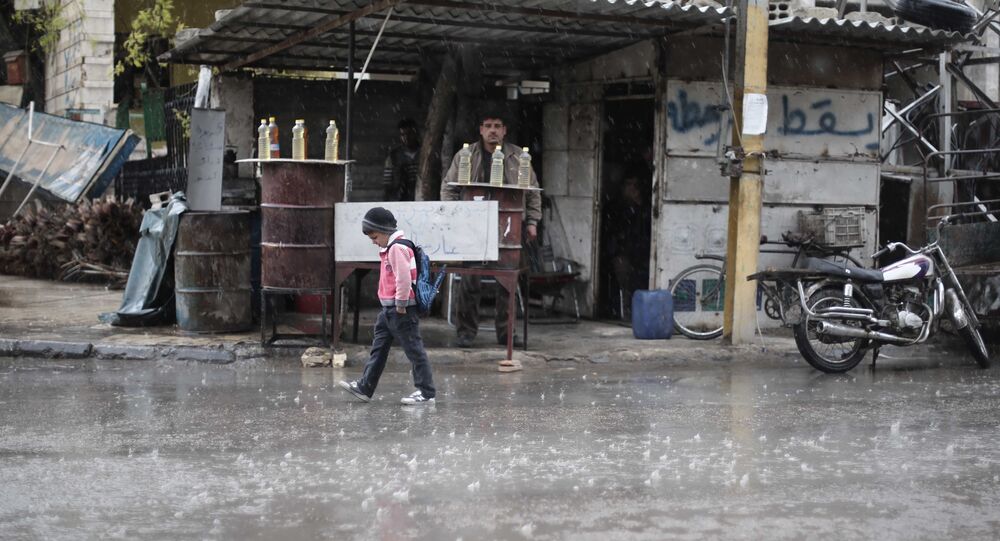 Russia Rules out New Coalitions in Syria Without UN Resolution

MOSCOW (Sputnik) – Russia launched airstrikes against terrorist groups in Syria in September 2015, at the request of Syrian President Bashar Assad. On March 14, Putin ordered to withdraw most of Russia's military contingent from Syria after objectives of the operation had been accomplished.

"I believe that new formal coalitions are impossible until a request of Bashar Assad to other countries that are participating in other coalitions now or a decision of the UN Security Council coordinated with the Syrian authorities," Kosachev told Russia’s Izvestiya newspaper in an interview published on Monday.

He added that Russia finds it crucial that all its actions as well as actions of other states in Syria must comply with the international law.

On February 27, a US-Russia brokered ceasefire entered into force in Syria, with terrorist groups such as the Daesh and al-Nusra Front, both outlawed in Russia, being excluded from it.