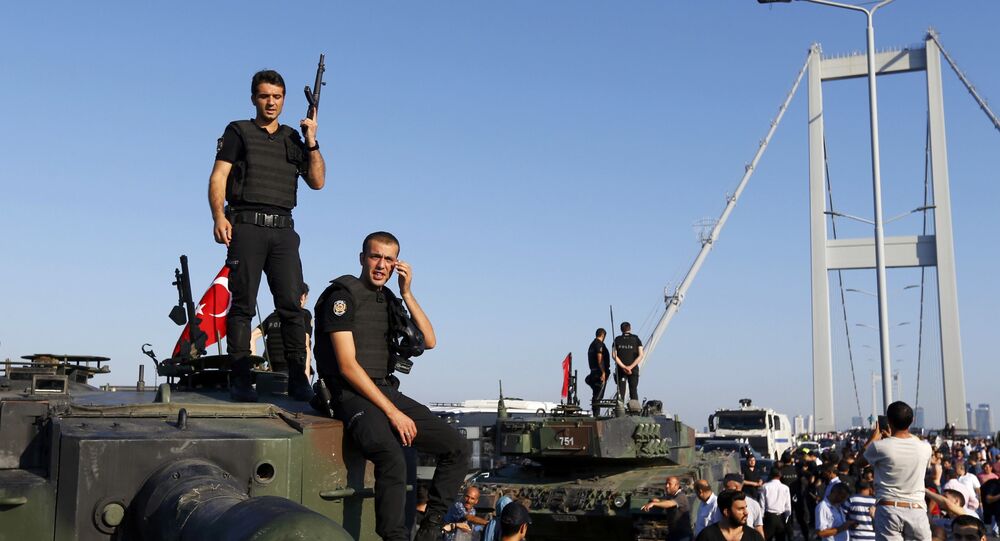 MOSCOW (Sputnik) — Late on Friday, Turkish authorities said that an attempted coup took place in the country. Turkish President Recep Tayyip Erdogan and other officials have blamed Gulen staying in self-imposed exile in the United States and his supporters for the coup attempt and called on his US counterpart Barack Obama to extradite the cleric, while speaking to a crowd of his supporters.

"'Why should I keep them and feed them in prisons, for years to come?' — that's what the people say… They want a swift end to it, because people lost relatives, lost neighbors, lost children… they're suffering so the people are very sensitive and we have to act very sensibly and sensitively," he said in an interview with CNN broadcaster.

However, Erdogan noted that the Turkish parliament had to decide on this issue.

"But of course it will take a parliamentary decision for that to take action in the form of a constitutional measure so leaders will have to get together and discuss it and if they accept to discuss it then I as president will approve any decision that comes out of the parliament," he said as quoted by the media.

Turkey Stayed in NATO Even Under Undemocratic Governments - White House

US Expects Turkish Officials to Attend Anti-Daesh Talks in Washington