Commenting on the implications of the Chilcot Inquiry into the UK's role in the 2003 invasion of Iraq, Dr. Mark Ellis, the director of the London-based International Bar Association, suggested that unfortunately, while there are lessons to be learned, it will not be through the prosecution of the war's perpetrators' in an international tribunal.

© AFP 2019 / Jeff J Mitchell / POOL
Chilcot Inquiry: All You Need to Know
Britain chose to join the US-led invasion of Iraq in 2003 before peaceful options for disarmament had been exhausted. That was one of the conclusions of the long-awaited findings of the Chilcot Inquiry, the British government's official report on the country's role in the Iraq War.

Speaking to Radio Sputnik about the report and its implications, Dr. Ellis recalled the public anger which has been expressed for many years over former Prime Minister Tony Blair's decision to join the invasion, and specifically the fact that no legal consequences have been forthcoming for the politician.

​"There are those, certainly here in the UK and elsewhere, that feel that Tony Blair, because he has been [a primary] focus of this inquiry, should somehow find himself in front of some kind of legal tribunal and face charges for what is in essence a crime of aggression," the legal expert stressed.

"Unfortunately, legal structure in international law has not reached a point where the International Criminal Court or another tribunal can bring to justice an individual for committing this type of act of aggression, and that's really what this report is about," he added. "This report did not focus on the legality of the war – just the acts behind it. So I think that chapter, unfortunately, will not continue, but I think the debate and the lessons learned hopefully will continue." 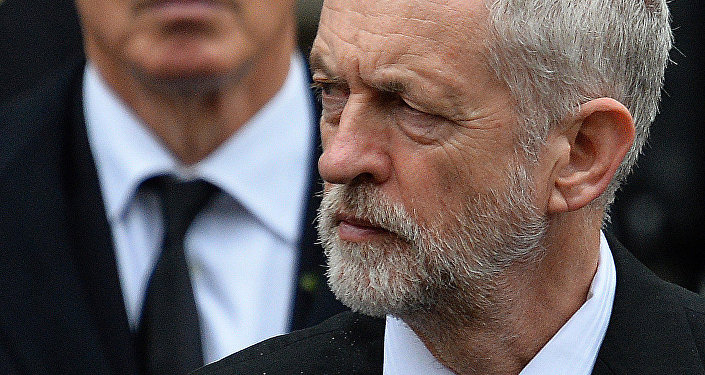 © AFP 2019 / Glyn Kirk
Corbyn: UK Needs Review of US Ties After 'Illegal' Iraq Invasion
Dr. Ellis suggested that "the fact that this inquiry took the time that it did over 6 years and put together a very significant report and documented it to a significant degree…will provide insight as to the mistakes that were made by the UK government, and for that matter the US government. I think it's a very important inquiry and an important conclusion, but not surprising as to the blame towards Mr. Blair, and former President Bush as well."

Ultimately, the legal expert said that he believes the central lesson to be taken away from the report is that if countries "adhere to international law, [they] will have a much better chance of undertaking military intervention…consistent with international standards. This was the problem of this particular intervention in Iraq. It was clear that the political players had a desire to move into Iraq and to have a regime change, and they did so without following the principles of international law, which would have clearly required the UN Security Council to play a much more important role in authorizing that type of collective action."

Ellis noted that the Chilcot Inquiry is meant to remind international actors that when the question arises of violating another country's sovereignty, there are international legal principles, such as self-defense and UN Security Council authorization, which give countries the moral and legal justification for doing so.

"But what international law does not do is allow states, individually or collectively, to unilaterally decide they're going to intervene, and act in an aggressive way toward another country. That to me is key, and I think this lesson will hold – I hope it will hold in future conflicts," the expert concluded.