Kiev's delegation to the OSCE Parliamentary Assembly protested a resolution stipulating the lifting of sanctions imposed on Russian lawmakers.

"We demand that restrictions on entry into the European Union to 20 members of the Russian State Duma be extended… If it will be decided to lift the sanctions, it would mean deviation from the principles of territorial integrity and independence of Ukraine. Therefore, we oppose lifting sanctions from the Russian Federation," Ukrainian lawmaker Anton Gerashchenko, who is a member of Ukrainian delegation to OSCE PA, told reporters.

Relations between Russia and the West deteriorated in 2014, when Brussels joined Washington in accusing Moscow of fueling the Ukrainian crisis.

In March 2014, 96 percent of Crimean residents voted to secede from Ukraine and rejoin Russia. 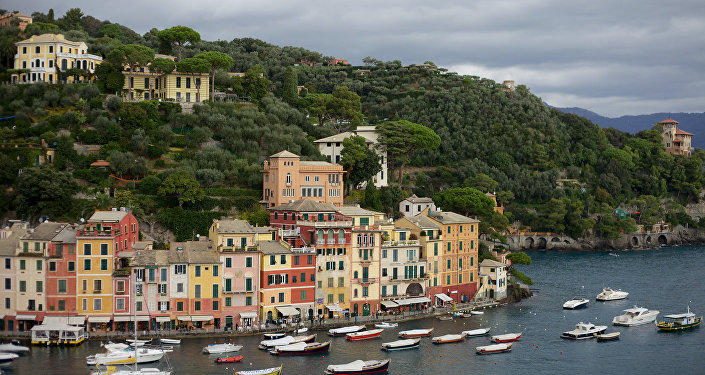 © Flickr / Francesca Cappa
How Italy's Liguria Struggles to Lift Russian Sanctions
The Kiev government and Western countries have not recognized the legitimacy of the vote, imposing several rounds of sanctions on Russia over what they label a Crimean "annexation."

In September 2015, the European Union extended for six months individual sanctions aimed at counteracting what it deemed threats to the territorial integrity and sovereignty of Ukraine. The sanctions presuppose freezing of assets and an EU travel ban for 149 individuals and 37 entities, including Russian businessmen and officials, as well as representatives of southeast Ukrainian militia of the self-proclaimed Donetsk and Lugansk people's republics.