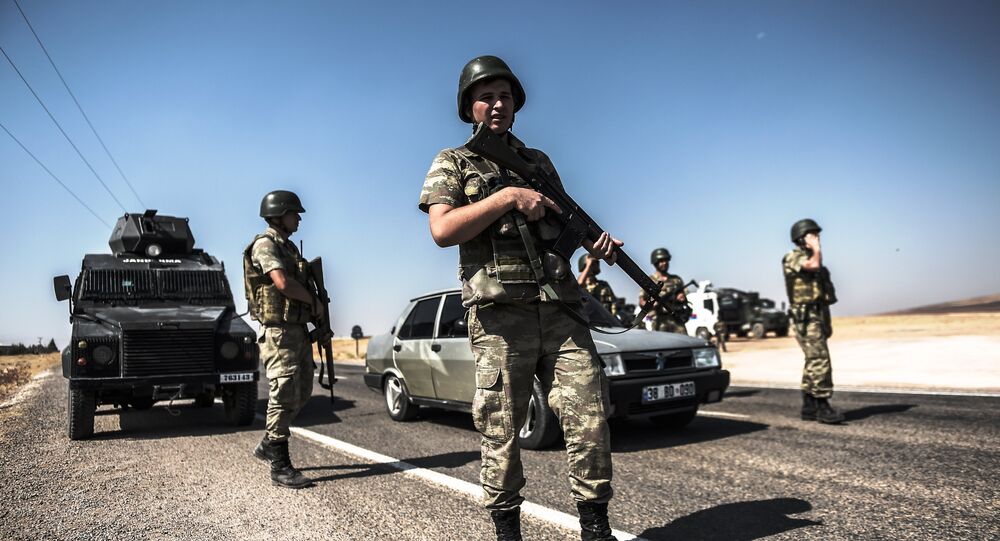 Rapprochement With Russia 'Will Lead to Turkey's Cooperation With Syria'

The relations between Turkey and Russia are currently undergoing the process of normalization. In an interview with Sputnik, chairman of Turkey's Patriotic Party Dogu Perincek commented on the issue and spoke about initiatives that have been taken by his party to restore dialogue between the two countries.

© Sputnik / Mikhail Fomichev
Russia-Turkey Tourist Flow Cannot Be Restored Without Security Guarantees
Replying to the question of whether the Patriotic Party (Vatan Partisi) has made a contribution to the normalization of Turkish-Russian relations, Perincek said:

"Of course, we have made efforts in this direction, because our party has supported the need to normalize relations between Turkey and its neighbors. On that day, when the Russian plane was downed, we were the only ones who protested against this step of Turkey," the politician stressed.

Turkish-Russian relations deteriorated after a Turkish F-16 fighter shot down the Russian Su-24 combat jet near the Turkish border in Syria on November 24, 2015. The jet was carrying out anti-terrorist operations in Syria. The crew of the plane ejected and one of the pilots, Oleg Peshkov, was killed by ground fire, while the second pilot survived.

"All this time, we strongly emphasized the need to restore Turkish-Russian relations. Moreover, we came up with specific initiatives in this direction, which were reflected in regular contacts of our party's delegation with the Russian side. In response to our invitation, Russian delegation came to Turkey; we gave it an opportunity to meet with those people close to Erdogan. These actions were necessary for Turkey, for our country," the politician stressed.

© Sputnik / Michael Klimentyev
Time to Apologize: Ankara 'Makes Three Important Steps' Toward Thaw With Moscow
The normalization of relations between the two countries accelerated after the Turkish President had sent a letter to the Kremlin regarding the incident with the Russian plane, in which he apologized for the incident and pledged to take any steps to "relieve the pain and severity of damage" caused to the family of the killed pilot.

Perincek believes that after the first steps toward the normalization of relations between Turkey and Russia, a top priority for Ankara is to start a similar process in the relations with Syria.

"The Syrian leadership has achieved great progress. It has ensured the integrity of the country, it was able to gain control over a substantial part of Syrian territory up to the regions in the north. Cooperation between Turkey and Syria is now inevitable. Reestablishment of relations with Russia will lead to a rapprochement with Syria. This is a very important point," the politician concluded.

Ankara Needs to 'Turn Moscow From Foe to Friend' Amid Tensions With EU, US