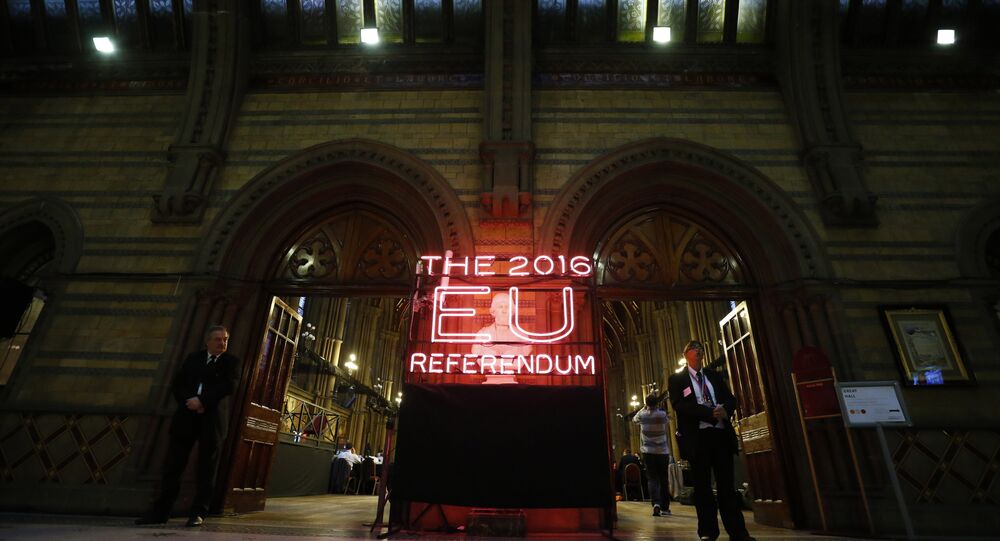 London will try to establish friendly ties with countries outside the European Union now that the United Kingdom decided to leave the bloc, Sidney Cordle, the Christian Peoples Alliance’s leader, told Sputnik on Friday.

© Sputnik / Alexey Filippov
Brexit is Chance to Transform EU Into 'Europe of Citizens' - German Party
MOSCOW (Sputnik) — Earlier in the day, it was announced that 51.9 percent of voters supported the United Kingdom leaving the European Union in a national referendum held Thursday.

"We will have a new prime minister who will take the country forward. As we do we will be looking for new friends outside the European Union," Cordle said.

Cordle added that the United Kingdom would have to go through a period of uncertainty after Brexit.

The decision to leave the European Union is also a great opportunity for Moscow to improve relations with London, Sidney Cordle said.

"We think this will be a great opportunity for Russia to build bridges with the UK," Cordle said, asked on the British government’s stance towards Moscow in case of Brexit.

He also expressed confidence that there would be no immediate change in the United Kingdom’s foreign policy on various issues, including its stance on Russia’s alleged involvement in the Ukrainian crisis — a claim that Moscow has repeatedly denied.