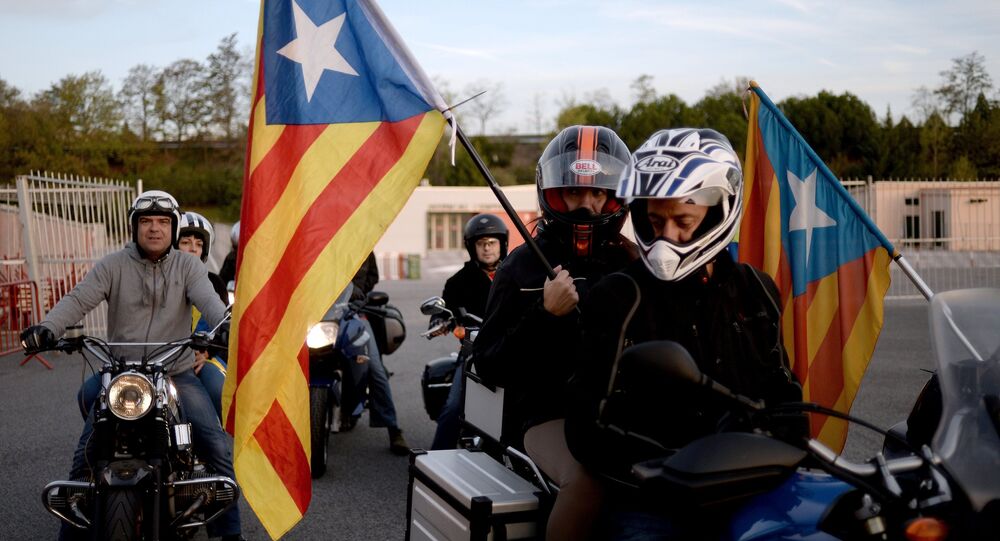 MADRID (Sputnik) — On Tuesday, Publico news site published records of Diaz conversations with the head of the Catalan anti-fraud agency, where he asked for corruption evidence on members of the region's largest parties supporting independence. The talk was reportedly held ahead of the November 2014 non-binding vote on Catalonia's independence.

"I am the victim of this outrage," the acting minister told reporters, as quoted by the Spanish infoLibre online newspaper. Diaz added that his words on the recording were taken out of context and stressed that Prime Minister Mariano Rajoy was unaware this conversation took place before the leak.

The scandal is unfolding ahead of the June 26 parliamentary election, which the conservative People's Party, chaired by Rajoy, is expected to win by securing about 30 percent of votes, according to a recent poll.