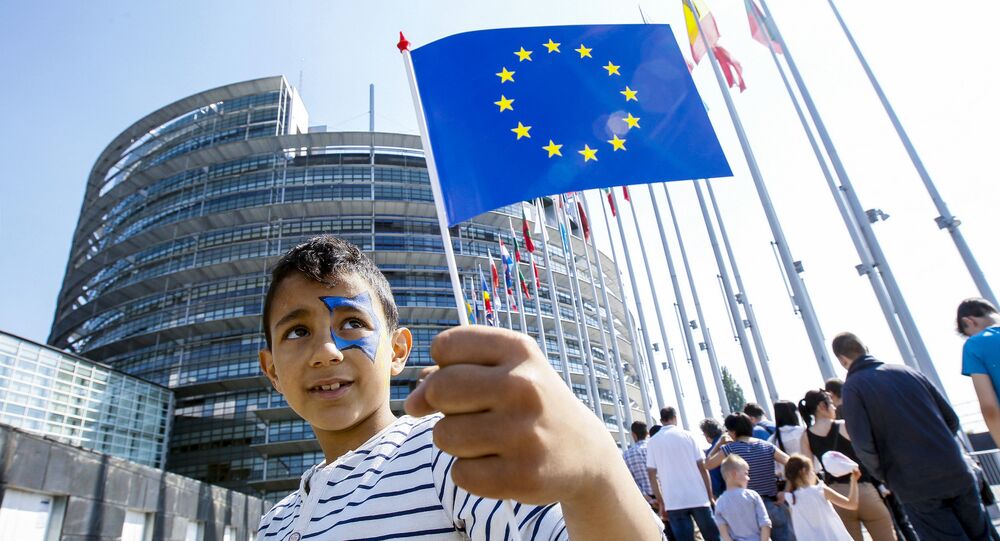 © Sputnik / Irina Kalashnikova
Many EU Lawmakers Believe in Need to Ease Anti-Russia Sanctions
EDINBURGH (Sputnik) – EU sanctions against Russia are likely to remain in place, despite recent calls for the normalization of relations with Russia, until the West is satisfied with Russia meeting the terms of the Minsk Agreement, Former UK Foreign Secretary Sir Malcolm Rifkind told Sputnik Saturday.

In the past few weeks, both former UK Trade Minister Brian Wilson and EU Commissioner Phil Hogan called for the normalization of relations with Russia.

"EU and G9 states have made it clear that sanctions will continue until Russia fully complies with its obligations under the Minsk Agreement. I very much agree with that conclusion," Rifkind, who is currently a member of parliament from the Conservative party, said.

Rifkind declined to comment on the calls made by Wilson and Hogan.

Wilson, a former UK Foreign Minister and Minister for Trade under British Prime Minister Tony Blair told Sputnik Wednesday "we would like to see normalization of trade with Russia." Later that day, the French Senate voted in favor of easing EU sanctions against Russia.

In June 2015, the independent Austrian Institute of Economic Research estimated anti-Russian sanctions would cost the EU economy 100 billion euros ($112.5 billion) and would put at risk 2 million jobs across Europe.

The relations between Russia and the European Union, including the United Kingdom, deteriorated in 2014 amid the crisis in Ukraine. Brussels has introduced several rounds of anti-Russia sanctions since Crimea seceded from Ukraine and reunified with Russia in 2014 and Moscow was accused of meddling in the Ukrainian conflict.

Moscow has repeatedly refuted the allegations. In response to the restrictive measures, Russia has imposed a food embargo on some products originating in countries that have targeted it with sanctions.