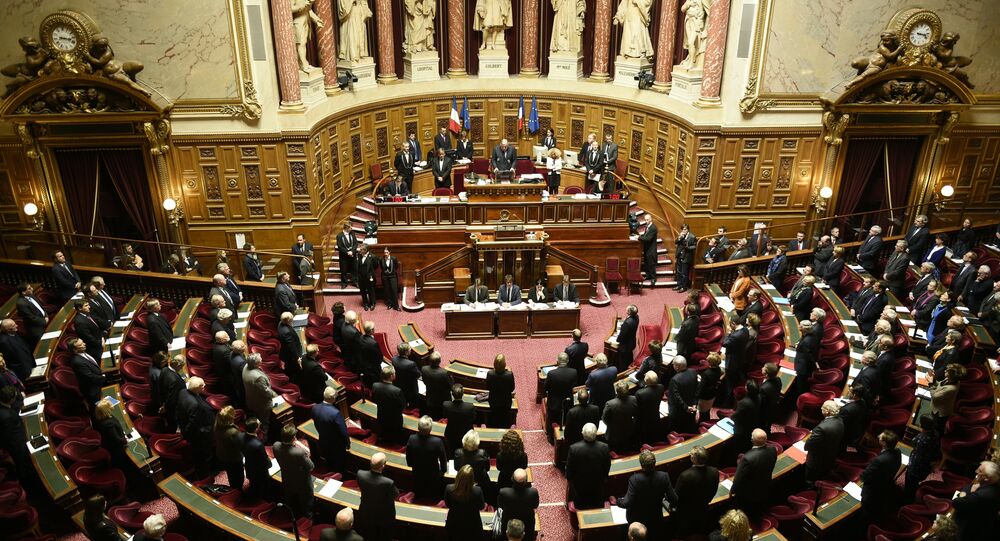 The French Senate has unanimously adopted a resolution on the easing of anti-Russian sanctions.

© REUTERS / Vincent Kessler
Moscow’s Allies in EU 'Between the Hammer and the Anvil' Over Extending Anti-Russian Sanctions
During the vote, 302 French senators voted in favor of the resolution, while 16 voted against the initiative.

Earlier, the French National Assembly, the lower house of the parliament, voted in favor of the resolution calling for lifting of anti-Russian sanctions.

© REUTERS / Charles Platiau
Lifting Anti-Russian Sanctions: Which Side Will France Choose Between Russia, US?
Washington and Brussels imposed sanctions against Russian individuals and the Russian defense, energy and banking sectors in July 2014. Russia responded by introducing a year-long food embargo on imports from the United States, the European Union and other countries that targeted Russia, subsequently extending the current embargo until August 5, 2016.

Most of Russians Support Policy in Response to Western Sanctions

Ex-UK Minister Hopes for Trade Revival With Russia Amid Sanctions