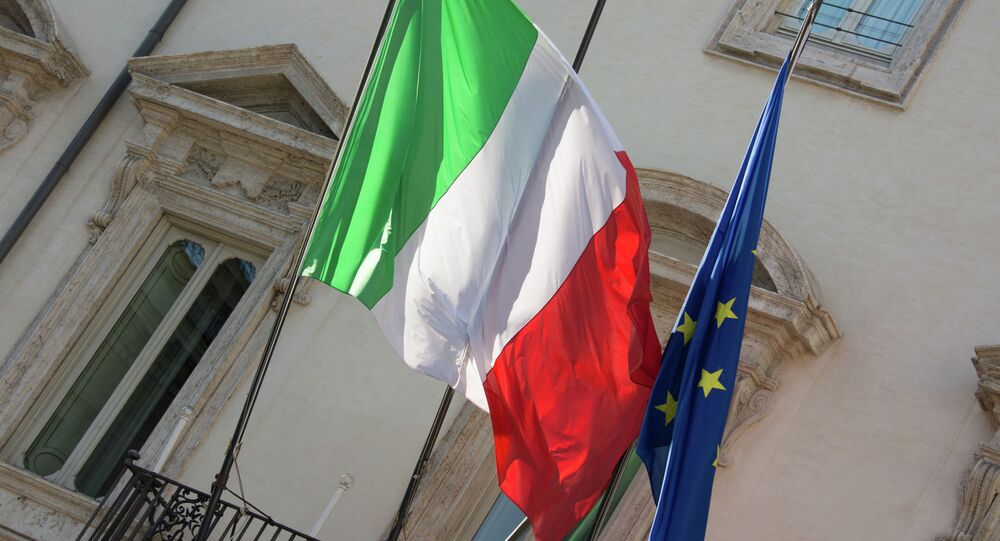 Italy's regional councils of Liguria and Lombardy are likely to vote on a resolution that will call for recognition of Crimea as a part of Russia and for lifting of anti-Russia sanctions in July, an adviser on international politics of Italian Lega Nord party told Sputnik.

© AFP 2021 / POOL / PHILIPPE WOJAZER
Brussels Wants to Lift Anti-Russian Sanctions Without Breaking 'European Unity'
MOSCOW (Sputnik) – On May 20, Lega Nord — Lega Lombarda secretary Paolo Grimoldi told RIA Novosti that the party would submit to Lombardy's regional council a resolution demanding official recognition of Crimea as part of Russia and the lifting of anti-Russia sanctions. On May 25, a group of lawmakers from Liguria's regional council introduced a similar resolution.

"Tomorrow is only a press-conference for the occasion of submission of this draft resolution to the Council. The vote will take place in July, same as in Lombardia region. Lombardia regional council will vote on 4th or 5th of July, and I think the same is in Liguria," Gianluca Savoini said.

He added that his party was against anti-Moscow sanctions as they run against Europe's democratic values and should be lifted because of their harmful effect.

"Lega Nord is against sanctions because it is a shameful practice and against democratic values of Europe. It seems that the EU is operated in favor of different lobbies and the United States. Lombardia, Veneto [one more Italian region, whose parliament had already called for withdrawal of anti-Moscow restrictions] and Liguria and their regional governments are sending signals to Rome that sanctions are damaging the Italian economy and industry and ties with Russia," Savoini said.

In 2014, relations between Russia and the European Union, including Italy, deteriorated amid the crisis in Ukraine. Brussels, Washington and their allies have introduced several rounds of anti-Russia sanctions over Crimea's secession from Ukraine and reunification with Russia, accusing Moscow of meddling in the subsequent conflict in eastern Ukraine.

Sanctions Against Kiev Needed, Although Unlikely Amid Rusophobia in EU

Spain Yet to Decide on Extending Anti-Russia Sanctions