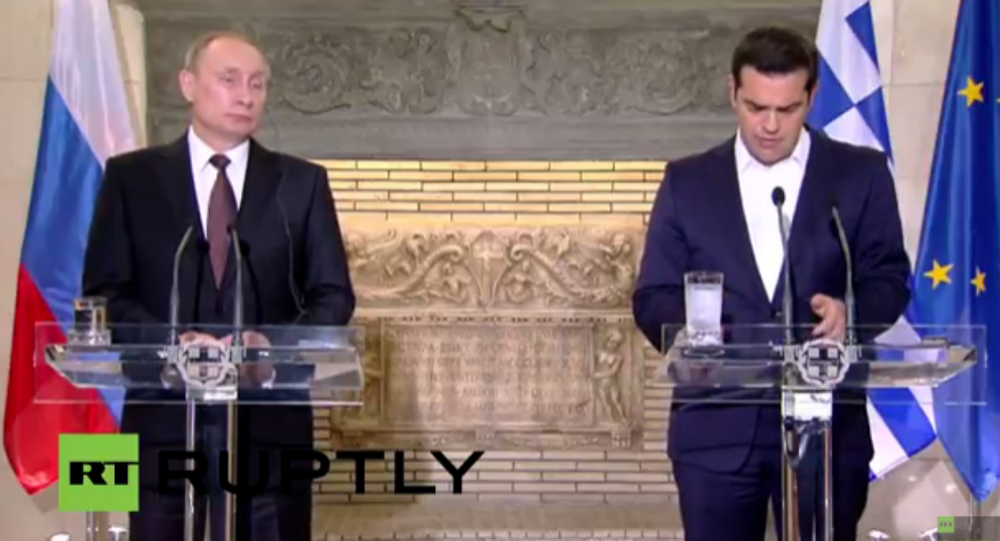 Russian President Vladimir Putin and Greek PM Alexis Tsipras held a joint press conference on Friday in Athens. The two leaders touched upon a variety of topics, including bilateral cooperation, Russian relations with the West, and the ongoing Ukrainian crisis.

© Sputnik / Sergey Guneev
It Takes Guts: This is Why Putin is West's Most Indispensable Ally
On US missile defense in Eastern Europe

© Sputnik / Natalia Seliverstova
Moscow Backs Poroshenko's Plans 'to Return Eastern Ukraine'
The issue of Luhansk and Donetsk can only be resolved by providing the regions with a special constitutional status, Putin added, stressing the need to decentralize power in Ukraine, echoing Tsipras' earlier statement expressing support for the Minsk accords that stipulate constitutional reform as part of the Ukrainian settlement.