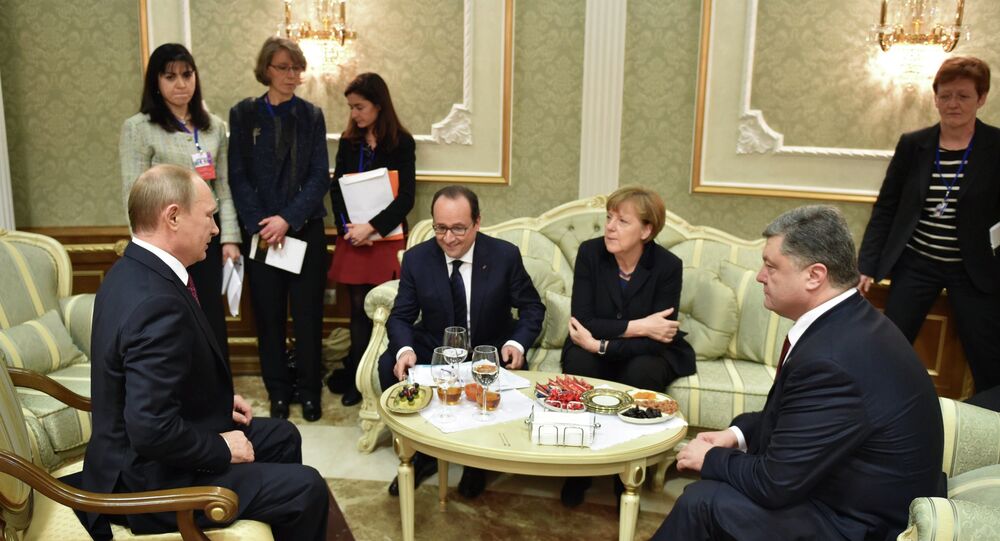 BUDAPEST (Sputnik) – The recent telephone conversation between the leaders of Russia, Ukraine, France, and Germany will help in moving the issues along of settling the conflict in eastern Ukraine, Russian Foreign Minister Sergei Lavrov said Wednesday.

“I hope that the telephone conversation held the day before yesterday between the leaders of the Normandy Four will help in moving along all the remaining unresolved issues,” Lavrov said after talks with Hungarian Foreign Minister Peter Szijjarto in Budapest.

The leaders of the so-called Normandy Quartet (Ukraine, Russia, France, Germany) are in talks on arming the existing monitoring mission in East Ukraine's Donbas region