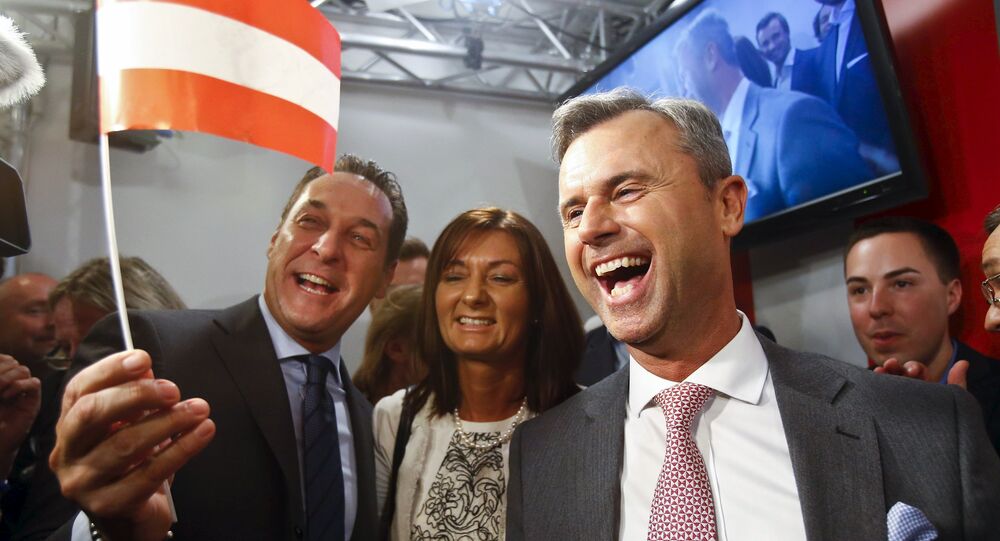 The result of the Austrian presidential elections, in which the electorate was shown to be divided almost in half between the two candidates, confirms that public opinion is split on issues such as migration and the country's membership of the European Union, Deputy Chairman of the Danish People's Party Soren Espersen told Sputnik on Monday.

Hofer ran on an anti-EU platform, stoking fears that Austria could be overrun by refugees. He called for further limits to be put on migrants in addition to the caps on the number of asylum-seekers introduced by the government earlier this year. Van der Bellen supports pro-European Union ideals and has a welcoming stance toward migrants.

"I must say it was very, very close [race] and still it shows that Austria is very split into large groups concerning this matter — what to do with the EU, to do with immigration," Esperson said, adding that "of course, we very much [would] have liked to see Mr. Hofer take the presidency."